England are placed 6th in the pre-Euro 2012 FIFA rankings, and despite the criticisms of the system it is a openly accessible, results-based formula. It doesn’t meant that England are the 6th best side in the world – it just means that in terms of matches played in last four years, in terms of percentages, England have the 6th best record.

But it would be exceedingly generous to look at the current England squad and consider them to be 6th best going into the Euros, let alone the world (regardless of England’s Euro 2012 Odds). England – results or otherwise – play poorly as a team, and while everyone is focused on racism, formations and suspensions / injuries, the truth is that England’s core problem has been unresolved for the last 8 years.

Gary Neville has talked about the intense pressure of playing for England and how it affects player performances. But it’s rarely a case of nerves out on the pith when you watch England play. More often than not, they’re playing as a collection of individuals instead of a closely-knit team unit, and that’s remarkable when you look at how established the senior players are in the line up and have been for the last few years.

Forget the menagerie of animals, stattos and overpaid pundits predicting England success or failure – the real measure of England’s chances will be how well the England squad play as a team, and while Hodgson has tried to remove the divides (mainly by not selecting specific players), it’s not been enough.

During the Madrid-Barcelona Clasicos in the past two seasons, there was talk of the rivalry affecting the Spanish national team. While that’s nonsense – even if Ramos and Pique are hotheads, Casillas is a respected senior player and Alonso knows he’s an outsider in that midfield unit, making a divide highly unlikely – it did illustrate the importance of team spirit behind Barcelona’s and Spain’s success in the last four years.

So where’s that divide in England? Let me put that question to you differently – which major Premier League club that has supplied a chunk of players to the England team has seen the squad ‘at odds’ with managers over the past 7 years?

There’s nothing wrong with having a strong group of leaders – as we’ve seen at the above-referenced club, it can lead to a lot of success if used the right way. But when you have multiple groups or individuals that have their own influence, the collective becomes divided, cliques develop and it’s no good for the team, especially when you’re talking about the country’s best players.

But why not leave out Terry as well and do away with the old guard completely? When you compare the two players, while Ferdinand is technically better, Terry is a better goal threat at set pieces. And when it comes down to picking one of the two, Terry is a better choice for an England team that’s relying on defending with their backs to the walls and nicking a goal from a corner or a fast counter. For non-footballing reasons, Terry shouldn’t be in the squad (or at least they should have held the trial earlier to ensure that the issue was resolved in time). For footballing reasons, for the purposes of Hodgson’s tactics and Euro 2012, Terry is marginally the better pick.

None of this is to say that these players are deliberately sabotaging England or are power hungry – far from it. These are hugely talented individuals with legitimate leadership claims. While Terry definitely has an issue in terms of not accepting anyone else’s leadership (refer to his public comments when Capello was selecting a captain and contrast it with Ferdinand’s or Gerrard’s comments when they were made captains), the truth is that England has had several players deserving of captaincy in the last few years playing together and that situation needed to be managed far better than it has been.

A lasting memory from the 2006 World Cup was the England team’s blanket refusal to pass to David Beckham on the right flank (although he ended up engineering 2 or 3 wins in that campaign through his set pieces / assists). A team that didn’t want to pass to their captain, why was that even allowed to happen?

Terry’s power base in the England squad has eroded somewhat with the absence of Frank Lampard and Gareth Barry, not to mention the Anton Ferdinand incident. You could argue that his inclusion itself is a problem and given the divisive nature of England squads in the past it might have been a better idea if Richards had been taken instead of Terry, but we’re beyond that point now.

England can nick their way out of their group without hitting top form, but they won’t be able to go far without playing as a team. Sadly, that’s something they’ve failed to do for a decade, if not more.

It’s no wonder the players are talking about emulating Chelsea’s Champions League performances. In a divided squad and on a limited timeframe, the best way to foster team spirit is to create a back-to-the-walls siege mentality, on and off the pitch. If Hodgson can do that (and along with his training methods, which suit such short-term international engagements), then England have a chance. 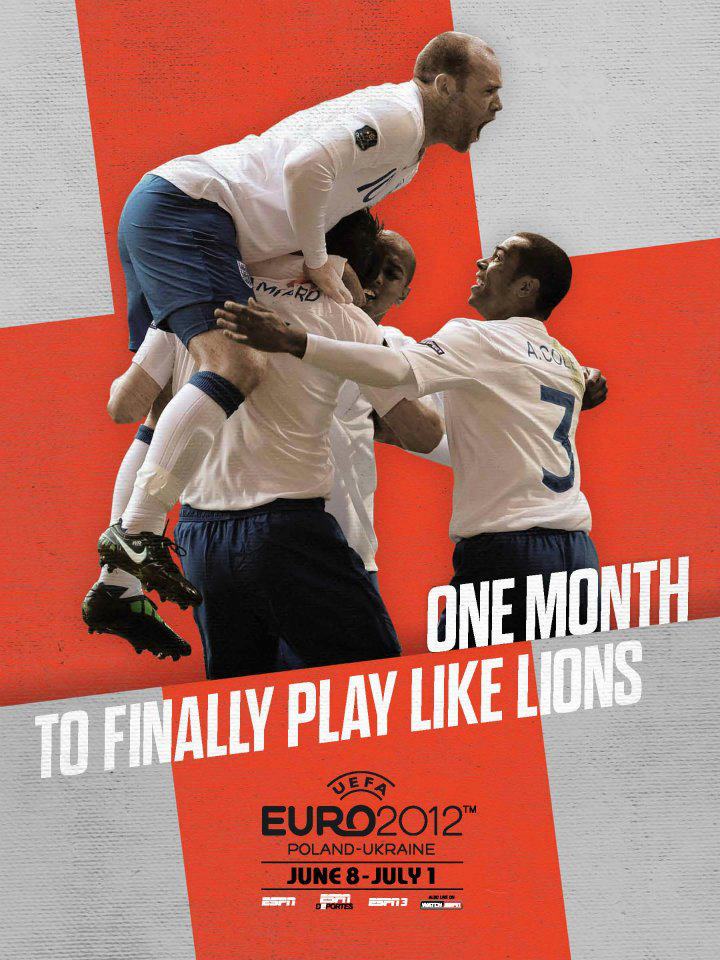