England 2-1 Switzerland – Should We Hold The Taxi?

As tempting as it would be to lay it into Fabio Capello (alternatively, we could all renounce international football like some club football fans – you know who you are), this was Capello’s first game, and just as England under McClaren could not afford to celebrate after beating Greece 4-0, England under Capello cannot afford to wallow in their own piss after a dominant-but-unconvincing 2-1 win over the Swiss.
. 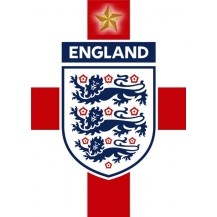 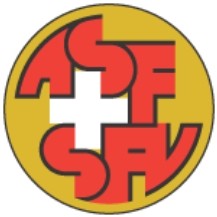 I’m tempted to say that I was impressed, but that would be missing the cow’s arse while swinging a elephant-sized banjo. What does go to England’s credit – and for this I commend the newcomers as well as the old guard – is that they adapted to the new formation and acquitted themselves with credit. Memo to Macca and Tel: try a (relatively) new formation at HOME, in a FRIENDLY, against a considerably WEAKER team.

As time went on, England began to impose themselves and I feel that apart from one or two errors (especially the one that led to Derdiyok’s goal) and few missed chances (which would have been put away by a better-oiled team), England had this pegged at 4-0 without hitting fourth-gear. Rooney will be disappointed, questions will be asked of Barry and Gerrard, and will someone please play Joe Cole from the bench?

One thing though – with Capello you feel that he was trying a few players out and giving them a shot in a friendly instead of putting them in the line of fire later on. Brown, Upson and Jenas are not going to be regular starters, and despite the strong showing by David Bentley, he loses out to SWP on pace. So if you consider the number of new players and you consider that with Hargo playing from the start, Richards and SWP on the right and maybe Bentley on the left, this could have been a cracking team.

Alright then, time for the player-by-player bit…

David James – a few problems, including a mishit kick but otherwise a smooth ride. Is Capello relying on James to get them through the qualifiers or does he intend on taking him to South Africa 2010? Hopefully the game against France, which is England’s first real test, will tell us more.

Rio Ferdinand – he should have challenged Derdiyok before the Swiss debutant fired off his shot, but otherwise a quality performance.

Mathew Upson – shock starter for many but to be fair acquitted himself well. Don’t see him replacing Terry though.

Ashley Cole – his attitude has been his strongest asset throughout his career (don’t look at me, Liam Brady said so) and he proved it again here when, despite making a few errors, he came off having delivered another solid performance. First choice left-back for England.

David Bentley – grew into his role as the match progressed and clearly reveled the extra space and responsibility he had in the center of the park after Jenas came off and Bentley moved infield in the second half. He lacks a bit of pace and as a result isn’t the ideal right winger, but on today’s evidence (and seeing his attitude on the pitch), he should go to South Africa 2010.

Steven Gerrard – captain fantastic had a quiet game although when it counted, he delivered with a driving run and assist. Perhaps the midfield was too crowded for him, but Stevie G had a quiet game.

Jermain Jenas – another player who, if this was a club side, would have deserved an extended run. He grew in confidence and clearly deserves another chance. He should be more aggressive going forward though, and for that he’ll need to fine-tune his understanding with Rooney.

Gareth Barry – was OK, but to be frank a 3-man central midfield doesn’t suit his talents.

Joe Cole – one moment of brilliance and a couple of nice jinks, but with the stage set for an easy start, why not play Ashley Young and give him 45 minutes or more with Rooney and co? Cole’s been tried more times than Peter Crouch, and that’s saying a lot. He’s a good player, with limitations, and this was the perfect opportunity to test a new player. Oh well, next time maybe?

Wayne Rooney – was given too much to do in the first half and had little support. In the second, he should have taken at least one of the many chances presented to him. Another run of ‘bad form’?

Peter Crouch (sub) – Ineffective, to be honest, but he was the best choice to bring on if England were to persist with the 4-2-3-1.

Shaun Wright-Phillips (sub) – his pace troubled the Swiss throughout and once he is restored to the starting lineup with Richards behind him, England will have a formidable right flank to trouble any opposition.

Wayne Bridge (sub) – didn’t get enough time to show that he can do better than Ashley Cole, but he’s an able left back and England are lucky to have such depth.

Owen Hargreaves (sub) – the only England midfielder (Rooney doesn’t count) who was snapping at the heels of opposition players. England need him, or they need someone else to start playing like him.

Ashley Young (sub) – not enough time on the pitch to register any impact. A shame, because 45-60 minutes here would have told us if he was good enough to face France next month.
.

These players share a refreshing and extremely positive attitude on the pitch towards the game. They always want the ball, they’re always moving and when they get the ball, they make something happen.

With due respect to stalwarts like Gerrard and Lampard (both of whom are excellent players), the old guard simply does not have the bite that these players have. They are superior in talent (add Rio and Terry to this bunch too, as well as Joe Cole), but they don’t have that energy on the pitch that can lift moods and change games.

Hopefully this bunch (and players like Jenas) will get more opportunities in the future.
.

I hope that he got what he wanted out of this game. The big positive was Bentley, although Jenas did a fair job too. The big downside was the absence of tactical nous, which I hope will come with time as Capello instills his brand of discipline into this squad. It’s a long journey, but so far the big positive has been in team selection, not so much in tactical improvements (although with Hargo starting, 4-2-3-1 should be harder to beat – but if England can’t score through it, there’s little point…).

Then again, Capello’s Real Madrid won despite defending like crap. If England are going to go to South Africa and get to the quarters again by playing crap, I think I’ll still take it.