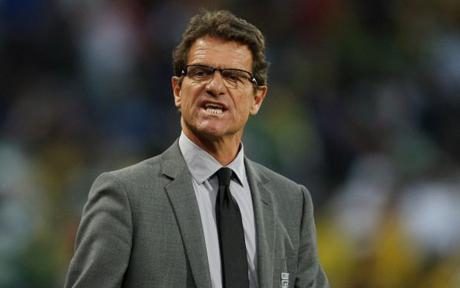 I can’t remember the last time I watched a football game where I have been so frustrated and disappointed at the way my team performed, whether it’s club or country, and that speaks volume when I admit I’m a Crystal Palace fan.

Being a fan of the Championship, this article is in no way aimed as a criticism to the league, but it is a similar occurrence that some of the teams result to the ‘hit and hope’ habit and the one dimensional play to a big man so I was astonished when the likes of Rio Ferdinand and Steven Gerrard were kicking the ball away without any composure.

Once again our national team fails to live up to expectations but it’s not the fact that we lost which let me and the millions watching down, but the lack of effort that was clearly shown yesterday and again the lack of enthusiasm shown by the nations ‘manager’.

To be fair to some of the players representing England at Wembley on Wednesday night, they were facing a strong squad of experienced internationals including a Real Madrid striker and one of the best goalkeepers in the world, but is that an excuse to run away and hide from the fact that many had tuned in and paid money to watch their country perform well?

Surely that would be an incentive to show England fans what you can do and why you deserve to represent our beloved country.

The lack of skill and composure shown by the majority of the players in the white jersey last night has led to me believing that any player in the lower leagues could easily put on an England shirt and represent their country.

Now that doesn’t mean I’m asking Capello to call up League Two players and give them an England cap, but surely England are better then what they showed last night.

The reliance on debutant Andy Carroll was a clear sign of stubbornness and lack of experience shown by the players, along with a lack of skill.

England showed last night that they are good at kicking the ball as far up field as possible, relying on Andy Carroll to shield the ball and then hope to get the ball back; and that’s about it!

It was clear to see from the first minute that Gerrard wasn’t comfortable in the role Capello had given him, with the Liverpool captain preferring to dictate the play in the middle of the park but he wasn’t allowed as much space by the French as he is used to in the Premier League.

Although England looked better in the second half when Gerrard moved to his preferred role after Adam Johnson and Ashley Young came on at half time and moved to the wings, England were still arrogant when France went on the counter-attack and the French showed England fans what our country lacks, real talent and pace.

My point is that the team that walked out on to the Wembley pitch were clearly no record breakers, let alone England internationals.

How can Joleon Lescott be an England International when he fails to hold down a regular role at Manchester City?

These players clearly lacked confidence yesterday and didn’t want to risk getting up the pitch too far so they thought it would be appropriate to pass the ball back to Ben Foster, who then has no option other then to ‘hit and hope’, which usually lead to France getting the ball and hitting England on the usual counter attack which was evident during the World cup in that humiliating 4-1 loss to Germany.

England are yet to learn any lessons form the embarrassment of the World Cup.

If last night was a closer look at the future for England, then I am extremely worried.

Yes, I know that we were missing huge players such as Wayne Rooney at John Terry, but the best nations have othe rplayers to rely on who can perform and sadly it was proved last night that England are not one of those nations.

It was good to see Carroll handed his debut with the Newcastle number 9 clearly possessign huge talent, but I felt for him last night with the lack of ammunition he was given by the experienced internationals.

But my rant is over, England gave a poor performance last night but as a nation we have come to expect this over the years, which is why Wembley fails to sell out when ever England play in North London, so it was no surprise to hear the negative chants when both the half-time and full-time whistles went.

With the next England fixture not until early February against Argentina, Fabio Capello has plenty of time to assess his options, have a look at other talents and get a personality, because I haven’t seen him smile for years!