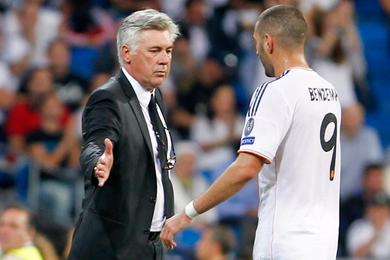 Even though Carlo Ancelotti said in the pre-match press conference that Khedira was the most likely replacement for the injured Luka modric, tonight he opted with Isco instead. And what a choice it turned out to be. Isco was the definition of restless during the entire match. He fought for every ball, controlled the tempo in a way that reminded viewers of Luka exceptional ability in that aspect, and supplied passes in various directions and forms. However we saw most of the performance in the second half of the match, and that can be attributed to the slight change in formation Real Madrid had in the 2nd half.

Real Madrid started the match with a 4-3-3 formation with a midfield trio of James-Kroos-Isco and the familiar BBC in front. However given the tendancy of Eibar to attack from the flanks, a 4-3-3 formation proved troublesm for Real Madrid’s fullbacks (Carvajal and Marcelo) to deal with. That’s why Carlo Ancelotti reverted the 4-3-3 to the more familiar 4-4-2 in the 2nd half. That was when we saw a more controlled and professional Real madrid side that dominated possession and was able to create numerous chances that were mostly dangerous.

Last season, Ancelotti’s keyword was ‘balance’. Any and every chance he got he kept mentioning that it was important for him and for Real Madrid to find balance in the team. Shortly after that Real Madrid went on a club record run of 8 consecutive clean sheets in all competitions. This season however, his keyword appears to have changed to ‘professional’. He has repeatedly said that he wants his side to work hard, be respectful, and most of all be professional. And if there was any match where those traits where displayed; it was this match.

The players tonight respected their opponents even though Eibar is a side that is currently playing their first ever season in the first division. On top of that, Real madrid’s midfield and fullbacks (in particular) used their intense work-rate to overwhelm the opposition. No stray ball was abandoned as every single ball was fought for and every opponent was pressurised. The typical early rush from the home team was suppressed quickly and then Real Madrid turned on the dial to put Eibar on their back. The first goal only made the growing feeling more obvious, Real madrid were in control. The work-rate never dropped however, the intensity never dropped, the chances were created regularly, and of course the goals kept on coming. This Real madrid has found a beautiful balance between the ‘beautiful game’ that most Spanish sides have been known for and the ‘ugly’ performances where a win is a win. The result has been an amazing run of form that has resulted in 14 consecutive wins in all competitions for Carlo’s men (the second longest run in the club’s history). It has also seen them become the first and only team in Europe this season to win 9 consecutive league matches, which of course means their spot at the top of La Liga is secure for another week.

The real test is coming up in the form of Malaga. Malaga have been on their best winning run in the club history before the defeat to Atletico today, however that doesn’t change much knowing that playing Atletico at the Calderon is a handful for any team on the globe. One thing that might affect next week’s match however is the suspension of 2 key Malaga players: Ignacio Camacho (5th yellow card this season) and Samuel Garcia (red card vs Atletico). With the loss of these 2 players, Real Madrid’s current white-hot form, and the seemingly irresistible chemistry in the team, it seems more than likely that Malaga will pose a threat but will not be able to stop Ancelotti’s men. 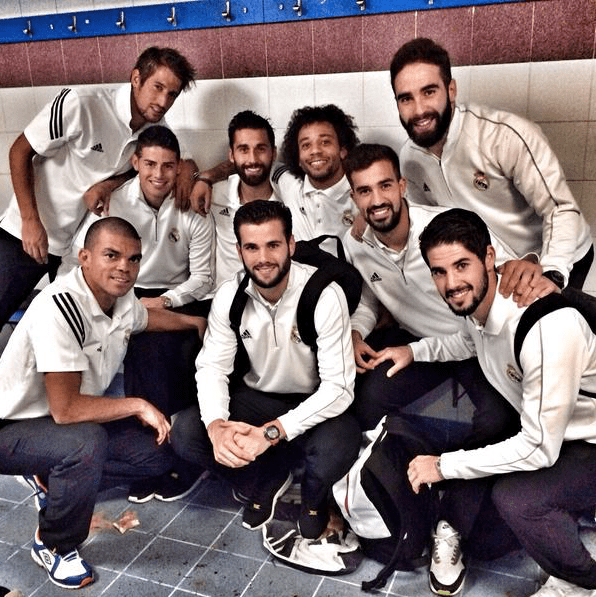