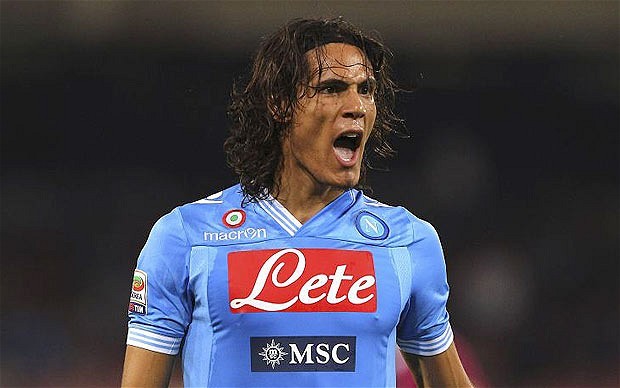 The 26-year old has been linked with every top side in Europe this season – Manchester City and Chelsea were among the favourites to procure his signature.

For Napoli this season, Cavani scored 29 goals in 34 Serie A games. He’s become one of the best strikers in Europe in the last two seasons. In his three years with the Italian side, the striker has netted 104 in 138 games.

Cavani’s transfer away from Napoli has taken so long this summer because the side weren’t willing to part with him for anything less than his £52M release clause.

Paris Saint-Germain certainly have the resources to sign any player they desire now, and with title rivals AS Monaco also spending big this summer, the French Ligue One is expected to be an exciting two-horse race to the title next season.

However, Cavani joining the Ligue One champions for the coming season will see the departure of their top goalscorer Zlatan Ibrahimovic.

The 31-year old Swedish international has expressed his discontent with Cavani set to join the side, and has been told he can leave the club.

‘Ibrahimovic will not play with Cavani, he has been promised a transfer.’ – Napoli chief Aurelio De Laurentiis.

Chelsea and Manchester City will now be forced to pursue other transfer targets, but there will be some resent as Cavani is among the top-10 best strikers in the world.

Chelsea manager Jose Mourinho and Manchester City manager Manuel Pellegrini both rate the striker highly and have been looking at Cavani for a number of years prior to their arrival to the Premier League this summer.

Paris Saint-Germain will undoubtedly offer Cavani a long-term contract to keep him at the club for as long as possible.