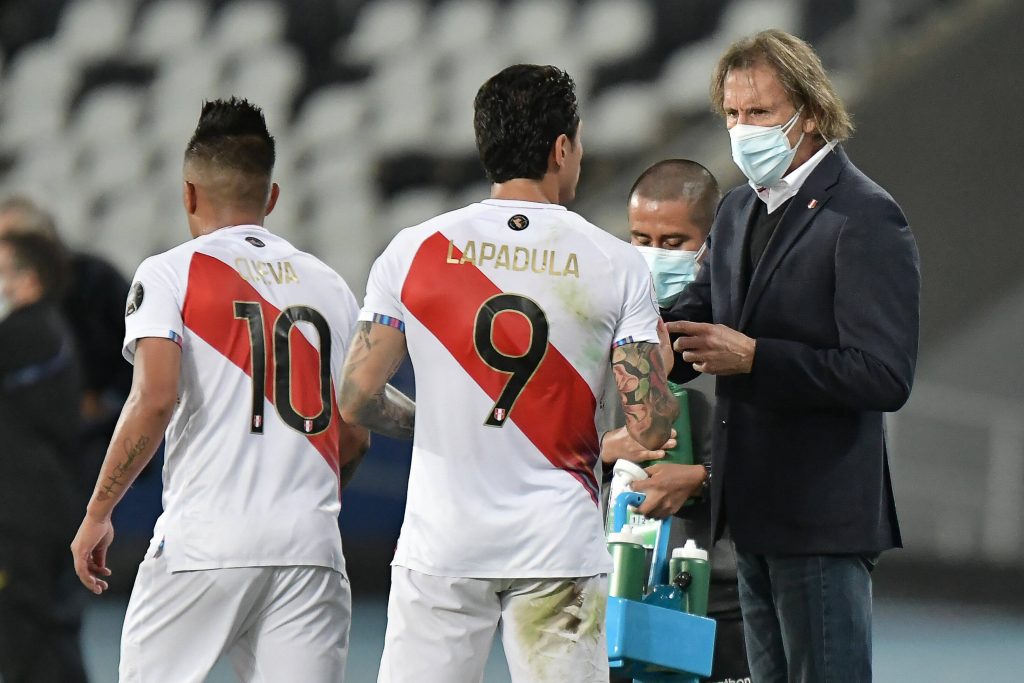 Ecuador’s hopes of reaching the Copa America 2021 knockout stage are on the line as they meet Peru at the Estadio Olimpico Pedro Ludovico.

CONMEBOL’s second-lowest FIFA ranked nation dropped the lead twice against Venezuela to enter this round winless in their opening two Copa America matches.

Meanwhile, the Peruvians are very much in contention for a knock-out finish after putting together a spectacular display against Colombia last time out.

Ecuador’s Copa America 2021 campaign has started with a whimper rather than a bang.

After failing to win their opening two Group B fixtures (D1, L1), the Ecuadorians stare at the prospect of exiting the tournament in the group stage for the second time in a row.

La Tri will have to improve their recent Copa America record if they want to remain in contention for quarter-final qualification.

They have won just one of their last nine matches at the most prominent South American tournament (D4, L4).

However, a high-scoring theme highlighted that nine-game sequence as six of those matches featured over 2.5 goals, including a 2-2 draw with Peru in 2016.

Gustavo Alfaro’s men will need to sharpen their scoring instincts against the Peruvians after netting just two goals from 27 attempts in their opening two group stage matches.

Sporting Lisbon’s Gonzalo Plata, who found the net after coming on as a substitute against Venezuela on Matchday 2, did a similar thing against Peru in their most recent encounter.

But Ecuador’s hopes of prevailing at the Estadio Olimpico Pedro Ludovico will depend on Enner Valencia, who has yet to score that career-defining goal that would make him the country’s all-time highest scorer.

Peru shrugged off frustration following an embarrassing 4-0 loss to Brazil on Matchday 1 to beat Colombia 2-1 in their last group stage outing.

Despite experiencing mixed fortunes in their first two Group B games, the Peruvians’ opening two Copa America matches were entertaining for the neutral.

Both have featured the opening goal inside the first 20 minutes of play and subsequently contained 2+ second-half strikes.

By extension, six of Peru’s last seven internationals have produced over 2.5 total goals, highlighting the potential for action-packed football in Goiania.

Ricardo Gareca’s men often put their foot on the gas after half-time, as witnessed by eight of their last ten goals scored coming in the second half.

Despite suffering the Eredivisie relegation with Emmen last season, midfielder Sergio Pena will take the field in high spirits after opening his international account against Venezuela last time out.

Benevento striker Gianluca Lapadula will be looking to follow in Pena’s footsteps and score his first international goal after drawing a blank in his first two Copa America starts.

None of the last five H2H meetings between Ecuador and Peru have ended level, with three of those matches yielding the identical 2-1 scoreline.

Since taking charge of Peru in February 2015, Ricardo Gareca has lost just two of his six internationals against Ecuador (W3, D1), four of which saw over 2.5 goals and both teams on the scoresheet.

Los Incas have picked up just two wins in eight fixtures since the start of 2020 (W2, D1, L5), with one of them coming against the Ecuadorians.