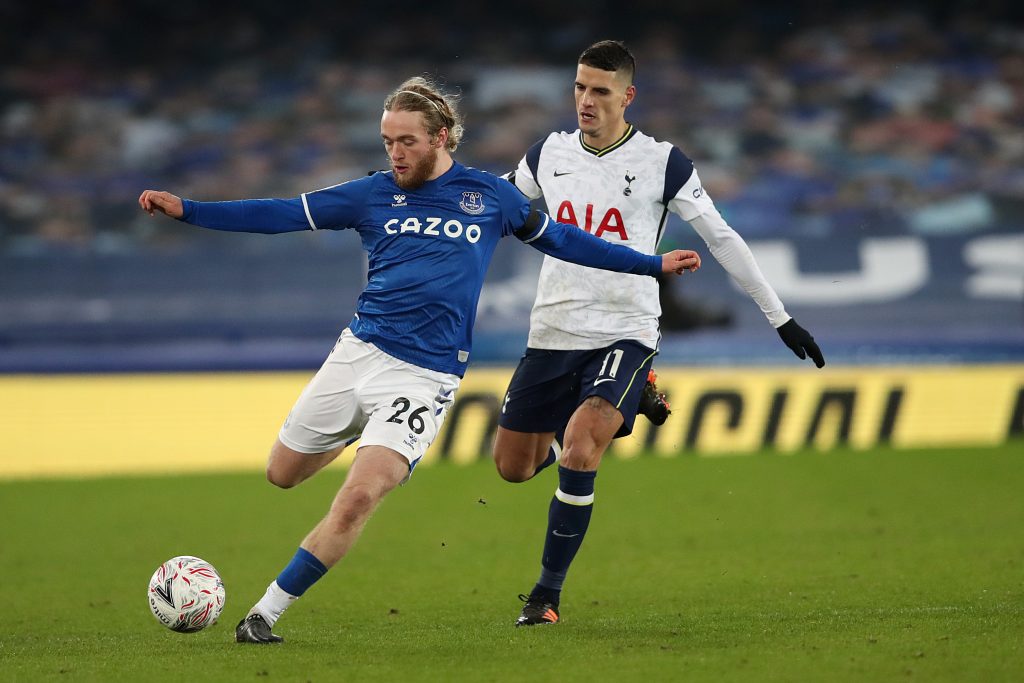 The Toffees moved into the quarterfinals of the FA Cup after beating Spurs 5-4 in a nailbiting thriller.

Hutchison was heavily impressed with the Everton duo, claiming they were different class during the game.

Doucoure MOM for me. Him and Tom Davies diff class! Spurs made subs in the middle of the park and they still out ran/played them. 💙 https://t.co/Pd20b7Pim4

Doucoure, who joined during the summer transfer window from Watford, has been one of the most consistent performers for the Toffees this season.

The 28-year-old has excelled in the defensive midfield role in the absence of Allan, and he was simply outstanding against Spurs last night.

Davies was equally brilliant alongside him and Everton fans praised him highly for his effort. It was arguably his best game this season, with his passing and movement being fantastic.

The 22-year-old Everton academy product struggled to make an impact under Carlo Ancelotti last season, and many felt that a loan move away from the club would help him.

He was at the heart of the action in a nine-goal thriller, as Everton came back from 1-0 down to make it 3-1, before finally sealing the tie in extra-time.

However, he looked very sharp against Spurs and could pose a selection headache for Ancelotti going forward if he keeps performing like this.