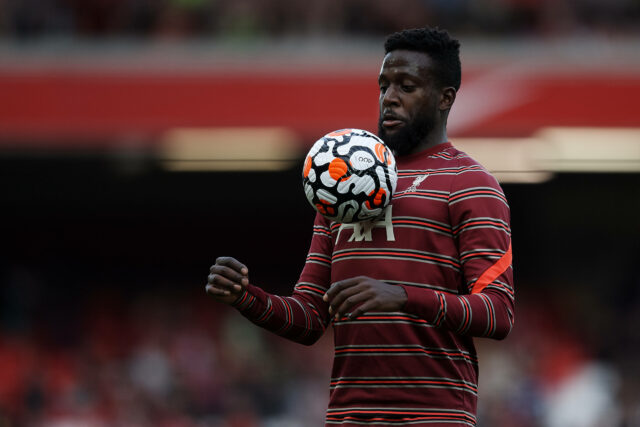 West Ham United have been recently linked with a move for Liverpool striker Divock Origi, and the Belgian would be a smart signing.

The Hammers are looking to improve their attacking options and are desperate to sign a new striker this summer.

West Ham sold Sebastien Haller to Ajax in the January transfer window, and they are currently left with injury-prone Michail Antonio as the only option ahead of the new season.

The Hammers are yet to sign a striker despite being linked with several players including Odsonne Edouard, Paul Onuachu, Boulaye Dia and Giovanni Simeone.

According to Football Insider, the Hammers have opened preliminary talks with Liverpool regarding the Belgian striker.

Origi joined Liverpool in 2015 and played a crucial role in helping the club win the Champions League in 2018-19.

He scored in the semi-final against Barcelona and followed up with another goal against Tottenham Hotspur in the final.

The Belgian has a wealth of Premier League experience and would be a good signing for the club.

He needs to play regularly to regain his sharpness, and the Hammers can provide him with that opportunity.

Origi has dropped down the pecking order at Anfield, and he would welcome a move to another Premier League club where he can get regular games.

The 26-year-old has three years left on his current deal and would be available for around £15 million.

He is also on £60k-per-week wages, and West Ham can easily afford him at that price.

Origi has a peculiar knack for scoring goals in batches, especially when he plays on top of his game.

Instead of looking at foreign players, David Moyes should consider taking Origi who in theory won’t take much time to settle down.