Juventus midfielder Paul Pogba has once again attacked his former club Manchester United, accusing the Red Devils of disrespecting him during his stay at Old Trafford.

The talented young Frenchman, who has actually been linked with a move back to United, has let rip at his former employers, saying that the club left him to rot on the sidelines after he asked to leave back in 2012.

“They left me out because they said I wanted to leave. That is disrespect,” Pogba told BBC World Football Focus,

“Maybe they didn’t think if they were making a mistake.”

The 21-year-old barely featured for United, making seven appearances overall following his move from French side Le Havre in 2009.

His transfer to Juventus was engulfed in controversy, with the then United boss Sir Alex Ferguson decidedly unhappy with the way the deal evolved, with the Scot first accusing the midfielder of disrespect on MUTV, and making no effort to hide his disappointment.

Pogba has his own views on the saga however, and this is not the first time the French international has opening criticised Ferguson and United, having revealed his disgust that defender Rafael was chosen ahead of him in a Premier League match against Blackburn in 2011. 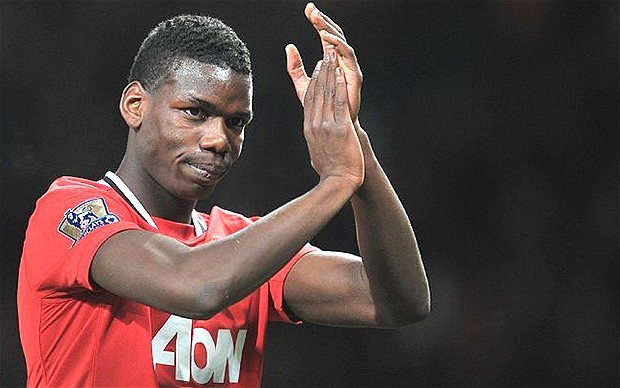 The Frenchman has been linked with a move back to Manchester however, with a plethora of papers spewing out endless speculation concerning a possible big-money summer exit for the midfielder.

Prominent gossip outlet ‘talkSport’ have claimed that the likes of Chelsea, Arsenal and Real Madrid are also hovering overhead, with Pogba set for a potentially slippery meeting with Juve officials about his wish for a pay rise.

But his latest words will only serve to extinguish the rumours that put him at Old Trafford next season, with Pogba bringing up his discontent at not being on the team-sheet during his stay in England,

“Manchester United is a big club but you have to think about yourself,” Pogba added,

“You have to play. The coach told me there would be space to play, but I wasn’t playing.

“I was training alone for one week. They told me to go in the gym. I said ‘I am not an athlete, I am a footballer.'”

What do you think? Is Pogba right to be angry? Will United rue the day they sent him packing? let me know in the comments below…