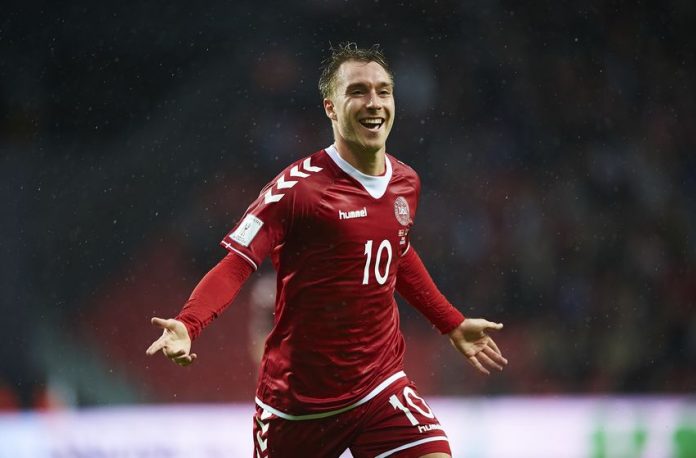 Denmark head to the World Cup finals after an unremarkable qualifying campaign, punctuated with the occasional stunning performance.

A 4-0 thrashing of Poland really caught the eye and the Republic of Ireland were hammered 5-1 during the playoffs.

On both occasions Christian Eriksen was the standout performer and they will need him in similar form if they are to match their best World Cup showing – a quarter-final spot in 1998.

The Danes will travel with considerable quality and experience in goal, defence and midfield but the forward positions provide the greatest barrier to potential success.

Nicklas Bendtner is included, despite injury concerns, as a result of his international record but the other attacking options have done little to suggest they can perform on the big stage.

The goalscoring burden will likely shift to Eriksen in midfield. Only four of the squad ply their trade in the Danish Superliga.

Coach Age Hareide reduced a large preliminary squad down to 27 on Monday and must shed a further four names from his list by June 4.

Among those to have already missed the cut, however, are Southampton midfielder Pierre-Emile Hojbjerg and Riza Durmisi, a left-back at Real Betis who was heavily linked to Liverpool in January.

The veteran coach has won league titles all over Scandinavia and managed his native Norway for five years, but has no experience at a major tournament, with a playoff defeat prior to the 2006 World Cup the closest he has come.

The 64-year-old suffered a shaky start to his tenure but has since won over the Danish public with some dynamic performances, largely thanks to him getting the best from Eriksen.

A back four is the starting point with Kasper Schmeichel in goal protected by Kjaer and Christensen at the heart of the defence.

Both centre-halves are very comfortable in possession and this will enable Denmark to dominate the ball against Australia and Peru.

The experienced William Kvist will shield the pair at the base of the midfield three, the most advanced of which, will of course be Eriksen.

Denmark’s only plausible route to success this summer involves getting the Tottenham man on the ball as much as possible so that he can shoot or look to slide passes forward quickly when the team wins possession. The overall shape is 4-3-3.

A truly world-class playmaker who will single-handedly carry the hopes of the nation.

The 26-year-old Spurs man was instrumental in dismantling Ireland in Dublin, which sent the Danes to the tournament.

Lethal shooting, both from open play and dead-ball situations, makes him a real threat but his sublime passing is arguably his greatest asset. A joy to watch.

The 25-year -old had a spell at Cardiff City but was dogged by injury. He has now found his feet at Atalanta where he has made a good impact, although for a centre forward his goal return is poor.

Expect him to be used as a late substitute if Denmark are chasing a goal as his aerial ability will make him a handful in the penalty box and a target for Eriksen’s set pieces.

Hareide will be thankful for the draw, which means the Danes will face France last when their opponents will likely have secured safe passage to the knockout round.

Eriksen should prove too good for any attempts to shackle him by Peru or Australia and Denmark have enough quality about them to make the last 16.

A likely meeting there with Argentina or Croatia will mean the end of the road.