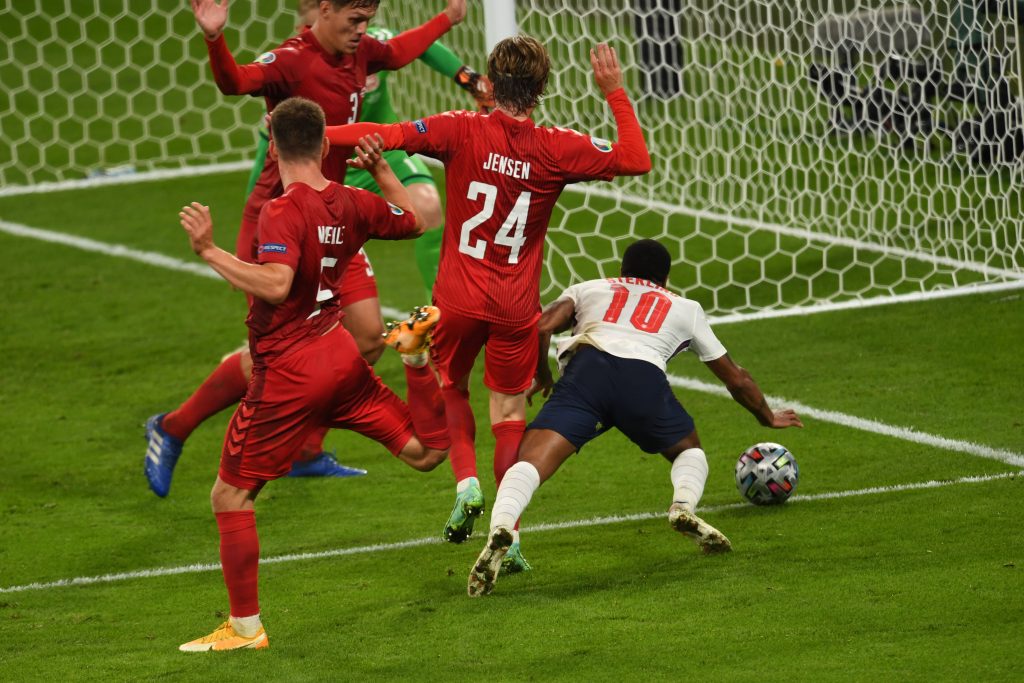 England are through to the final of the European Championships!

After being taken to extra time by Denmark on Wednesday evening, the Three Lions finally booked their place alongside Italy courtesy of a controversial penalty.

That incident is an excellent place to start our latest Euro 2020 Diary – and some of you are not going to be happy.

Flower it up any way you like, but England cheated their way into the final last night. Raheem Sterling dived to win the penalty. He’s a cheat, and his antics left a sour taste.

‘Of course it’s soft, but we’ve seen those given all season,’ claimed Ian Wright on ITV. Nationalistic nonsense from a pundit who thinks the sun shines out of Sterling’s backside.

“Of course it’s soft but we’ve seen those given all season.”

“Wrighty, you’re going to defend him anyway, no matter what.”

“It’s not a case of defending him. You know how it is. It’s soft but those have been given all season.”

Should #ENG have been awarded 𝐭𝐡𝐚𝐭 penalty? pic.twitter.com/CcZ0lkcnlP

England have spent the last 35 years moaning about Diego Maradona’s ‘Hand of God’. Peter Shilton couldn’t let it rest when the Argentinian died.

Had this been a Denmark player diving to win a penalty, Wright would have been moaning until the cows came home. Call things properly – Sterling cheated.

ITV has lost the plot

It’s fair to say that the television coverage of Euro 2020 has been very hit and miss, and things sunk to a new low on ITV last night.

Commentator Sam Matterface was absolutely woeful, with his increasingly jingoistic ranting making most people wonder what Clive Tyldesley has done to upset his bosses.

Just seen @CliveTyldesley commentate on a bloke’s BBQ in an Aldi ad. He got me more up for that than Sam Matterface and Lee Dixon did in the entirety of tonight’s game. Still baffles me how he and McCoist got binned off in favour of those two. #Euro2020

His ‘it’s been an awful 16 months, England deserve this’ comment smacked of a man who must think that no other country has been hit by COVID-19.

Lee Dixon was no better alongside Matterface with his biased claptrap. If Tyldesley and Ally McCoist aren’t getting the gig on Sunday, switch to the BBC. Not that they’re much better.

Having had the joy sucked out of England reaching a major final for the first time in 55 years, something was needed to lift the spirits.

Chelsea star Mason Mount thankfully saved the day after the game, handing his shirt to a young fan in the crowd.

Just when you think #ENG winning couldn’t get any better, you see this video. ❤️ #bbceuro2020 pic.twitter.com/XSNrLdUSyr

The look of joy on her face was a sight to behold and is something that will stay with her when she is old and grey.

Mount’s gesture or Sterling’s dive? It’s easy to decide which memory we’d rather a youngster took from England’s win.