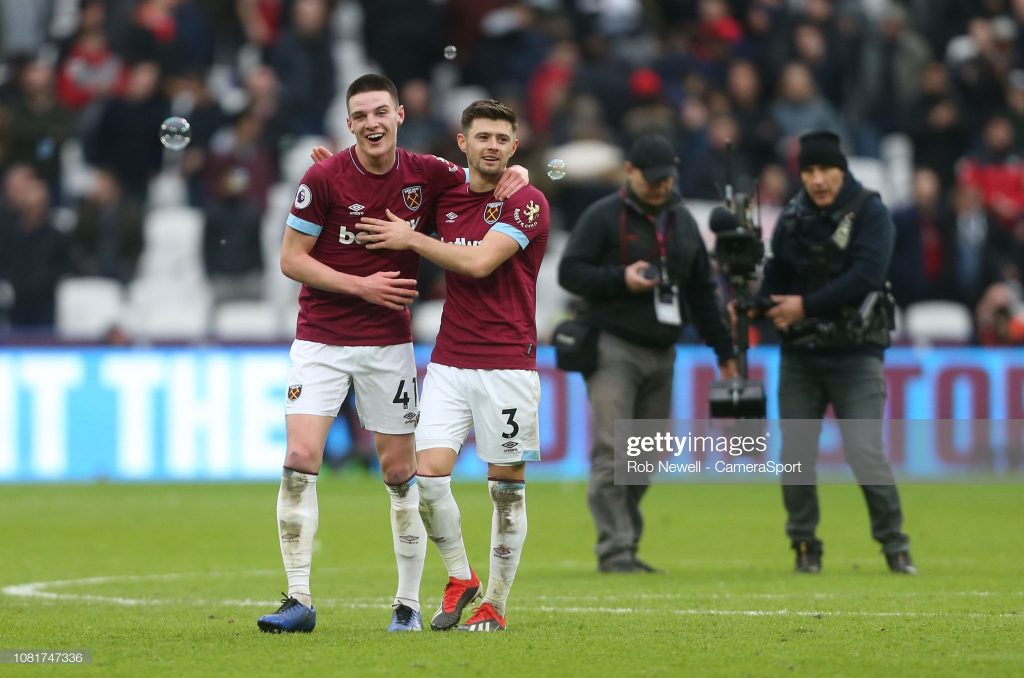 West Ham United secured a 2-0 victory against Manchester United at the London Stadium on Sunday afternoon, with goals from Andriy Yarmolenko and Aaron Cresswell at both ends of each half handing the Hammers their third win of the Premier League campaign.

Manuel Pellegrini’s men haven’t lost since their 5-0 defeat at the hands of Manchester City on the opening weekend of the season, and they will fancy their top-six chances after putting one of their rivals for the European spots to the sword.

The visitors kept fighting till the end, and while Yarmolenko’s 44th-minute strike dealt a huge blow on their chances, Cresswell’s 84th-minute wonder of a freekick took the wind out of their sails.

The England international was making his second league appearance of the campaign since featuring in the game against City, and he proved his worth with a well-taken goal.

West Ham midfielder Declan Rice was impressed, and here is how he reacted to the goal on Twitter:

Arthur Masuaku’s red card against Aston Villa on Monday handed Cresswell a chance to play against the Red Devils, and his performance could now give Pellegrini a selection headache ahead of next week’s visit to Bournemouth.