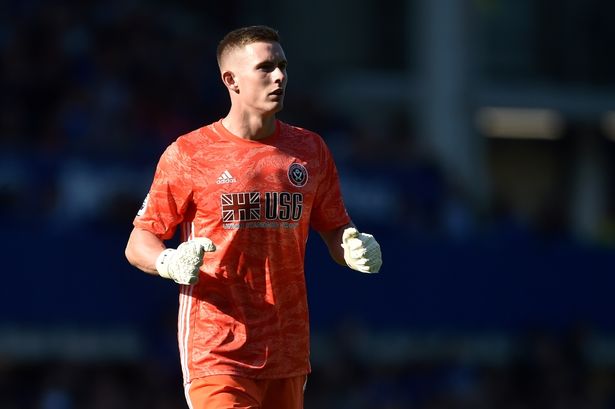 Sheffield United goalkeeper Dean Henderson has told the club’s official website that he was on the verge of joining Leeds United in 2018.

The 22-year-old joined Sheffield on loan from Manchester United last season and helped the Blades secure promotion to the Premier League for the first time since 2007.

He was sensational last season, and after a new contract with Manchester United until June 2022, he has returned to Sheffield again on loan for the 2019-20 campaign.

The Manchester United-owned goalkeeper has now revealed that he could have joined Leeds United had he not taken a last-minute call from his agent.

“Every club in The Championship were after me at the time,” he told the club’s official website. “I’d been down to Leeds, and it looked as though I was signing there. Bristol City were very keen as well, and then my agent rang me and said that Sheffield United had been on the back burner.

“I said to him ‘Why haven’t you told me?’, because I really wanted to go there. The gaffer rang me, we spoke on the phone for an hour, and to be honest I was walking there before I even put the phone down. I was just buzzing to come to Bramall Lane. It has been the best decision of my career so far.”

Henderson would have been a good signing for Leeds United but it wasn’t a big loss for the Whites to miss out on him.

Leeds signed Kiko Casilla from Real Madrid and the Spaniard took time to settle down. The performance of Bailey Peacock-Farrell wasn’t too impressive either. In the end, Leeds came within touching distance of promotion but failed to cross the final hurdle.

The youngster has been doing well for Sheffield United this season, and has played in all the 11 Premier League games so far.