Liverpool are closing on securing a deal for one of the most controversial yet talented strikers of this generation, Mario Balotelli from AC Milan.

AC Milan official website claimed this morning that negotiations are underway for Balotelli, who is still training with his team mates.

Earlier in the morning we reported that Balotelli’s agent Mino Raiola was in England to discuss a possible move.

Transfer guru GDM reports that today could be the last possible day for Balotelli in Italy as the deal is very close to happening.

Liverpool who refused to sign him only couple of months have taken a surprise U-turn and are ready to offer €20m to secure his services. 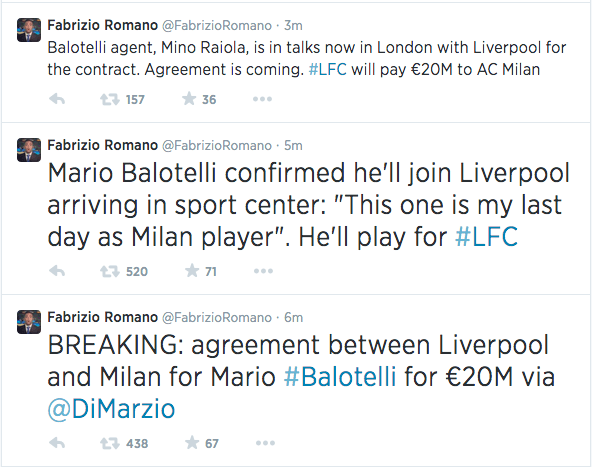 The 24-year-old made his name in Inter Milan but was sold to Manchester City in 2010. He joined AC Milan in 2013 and has scored 26 goals in 43 Serie A games for the Rossoneri.