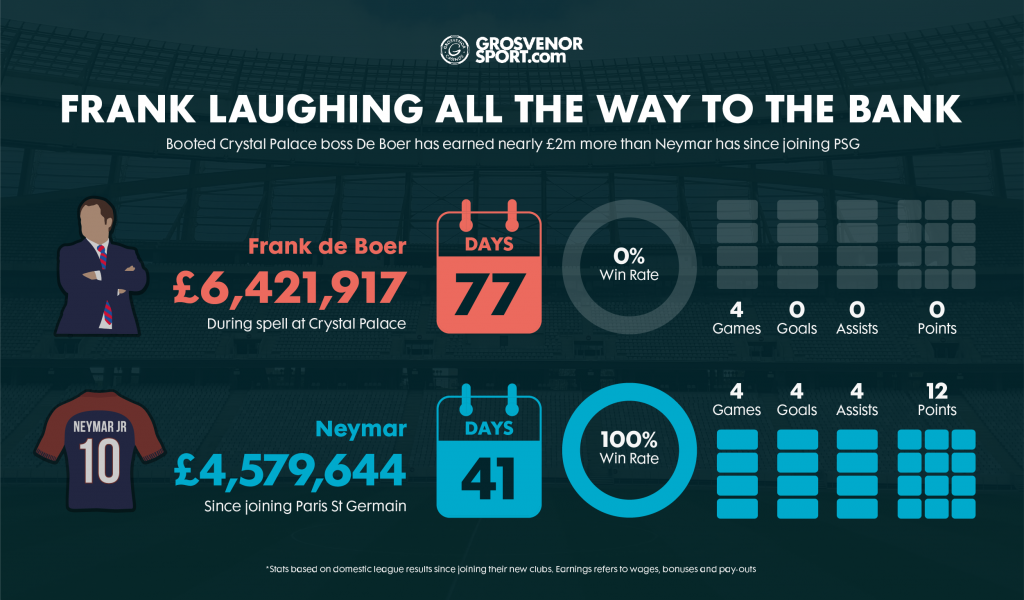 The former Ajax and Inter Milan boss lasted just 77 days in the job, meaning he earned a staggering £6,421,917 during his time managing the London club according to Grosvenorsport.com.

de Boer’s spell with Palace produced no wins, no goals and no points, while Neymar has notched four goals, four assists and helped his team secure a maximum 12 points from the four matches he has played in.

Despite de Boer’s lack of success in charge of the Eagles, he has still earned more than the world’s most expensive footballer, albeit working 33 more days than Neymar.

While de Boer will be disappointed with his early dismissal, his time at Palace doesn’t come close to the shortest managerial reign seen in England.

Leroy Rosenoir holds the unenviable record of the shortest ever spell in charge after accepting a second stint at Torquay United in 2007.

Just ten minutes after accepting the role the club was sold and he was replaced by Paul Buckle.