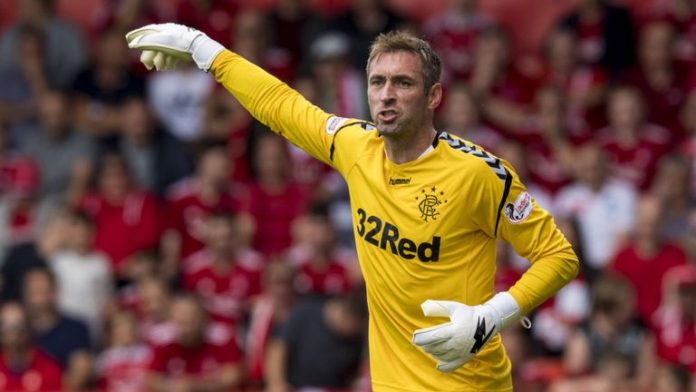 Former Glasgow Rangers skipper Davie Weir has suggested that Ibrox goalkeeper Wes Foderingham will be frustrated at the club for not getting regular games.

The Gers boss Steven Gerrard shocked everyone when he signed Allan McGregor in the summer transfer window. The former Liverpool skipper made a wholesome change to the squad, signing 15 new players during the summer, but the purchase of the 36-year-old goalkeeper raised few eyebrows.

McGregor, who spent 11 years at Rangers before leaving the club in 2012, has been in superb form this season, and is the club’s first choice goalkeeper.

Weir says that he has been a great signing for the club, but surely his arrival would have left Foderingham frustrated. The 27-year-old was the Gers’ first choice goalkeeper since he joined the club in 2015, but under Gerrard he is now behind McGregor in the pecking order.

The former Ibrox defender has said that Foderingham is a good goalkeeper and he has done nothing wrong. He will be frustrated but will have to accept the fact that McGregor has been brilliant for the club.

“In my time at Rangers, I couldn’t fault Wes Foderingham. He was getting better, he was a good age, and had a lot of good assets,” said Weir, as quoted by the Scottish Sun.

“I am sure Allan’s signing would have raised a few eyebrows because they had two good keepers and were bringing in a third. But if you look back now he has been a great signing.

“Wes has done nothing wrong, he has been the goalie he has always been. I am sure he will be frustrated, but on the other hand he will look at Allan and say to himself: ‘He isn’t bad, is he?”