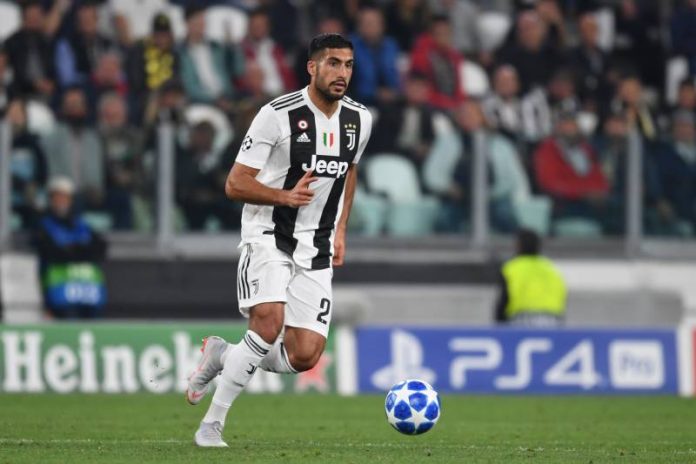 During the January transfer window, Tottenham Hotspur brought in Gedson Fernandes on loan from Benfica, made Giovani Lo Celso’s loan move from Real Betis permanent and secured the services of Steven Bergwijn from PSV Eindhoven.

The Dutchman hit the ground running at North London, grabbing the crucial opener in the 2-0 win against Manchester City on Sunday, while the Argentine midfielder put in an impressive shift in the middle of the park.

Tottenham could have had a former Liverpool midfielder in the team that faced City if things worked out in January, though.

According to The Athletic’s David Ornstein, Spurs were close to signing Germany international Emre Can last month, but Borussia Dortmund pipped them to his signature.

“One of the things about transfer deadline day, you hear so many stories of deals that did or didn’t happen, but there are always a few you hear in the days afterwards that never emerge publicly,” Ornstein said on The Ornstein and Chapman Podcast.

“One I heard was that Emre Can, who was linked with a whole hosts of clubs, ended up going to Borussia Dortmund on loan from Juventus with an obligation to buy.

“The club I’m told were the closest to signing him in terms of Premier League clubs was actually Tottenham. So it could well have been that Emre Can ended up bolstering Tottenham’s midfield, although it’s a midfield that didn’t look all too bad against Manchester City on Sunday.”

Can’s versatility would have come handy under a boss like Jose Mourinho without a doubt.

The Champions League winner is primarily a central midfielder, but he can also play as a defensive midfielder, centre-back and full-back, and Tottenham could do with such a quality utility player.

The former Bayern Munich midfielder, 26, spent four seasons at Liverpool before leaving for Juventus in the summer of 2018, but was considered surplus to requirements by Maurizio Sarri.

Can will now hope to impress at Dortmund during the rest of the season, but him playing for Tottenham would have definitely helped improve their midfield.