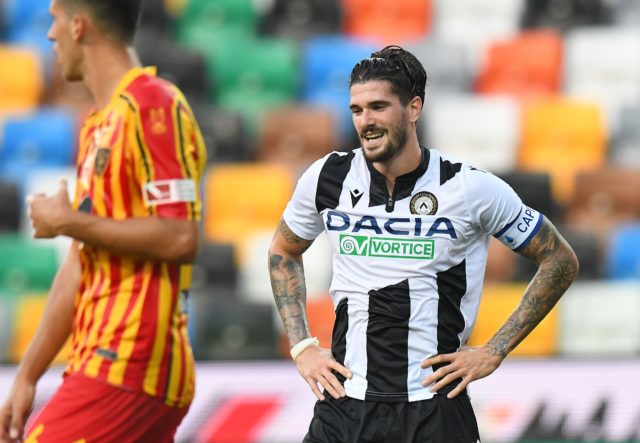 However, it remains to be seen if the Whites will be able to get the deal done.

According to The Athletic’s David Ornstein, Leeds view a deal for the former Valencia man impossible to complete given the asking price of the Italian outfit, and that update will definitely break the hearts of the fans after the midfielder’s now-deleted tweet from last night. 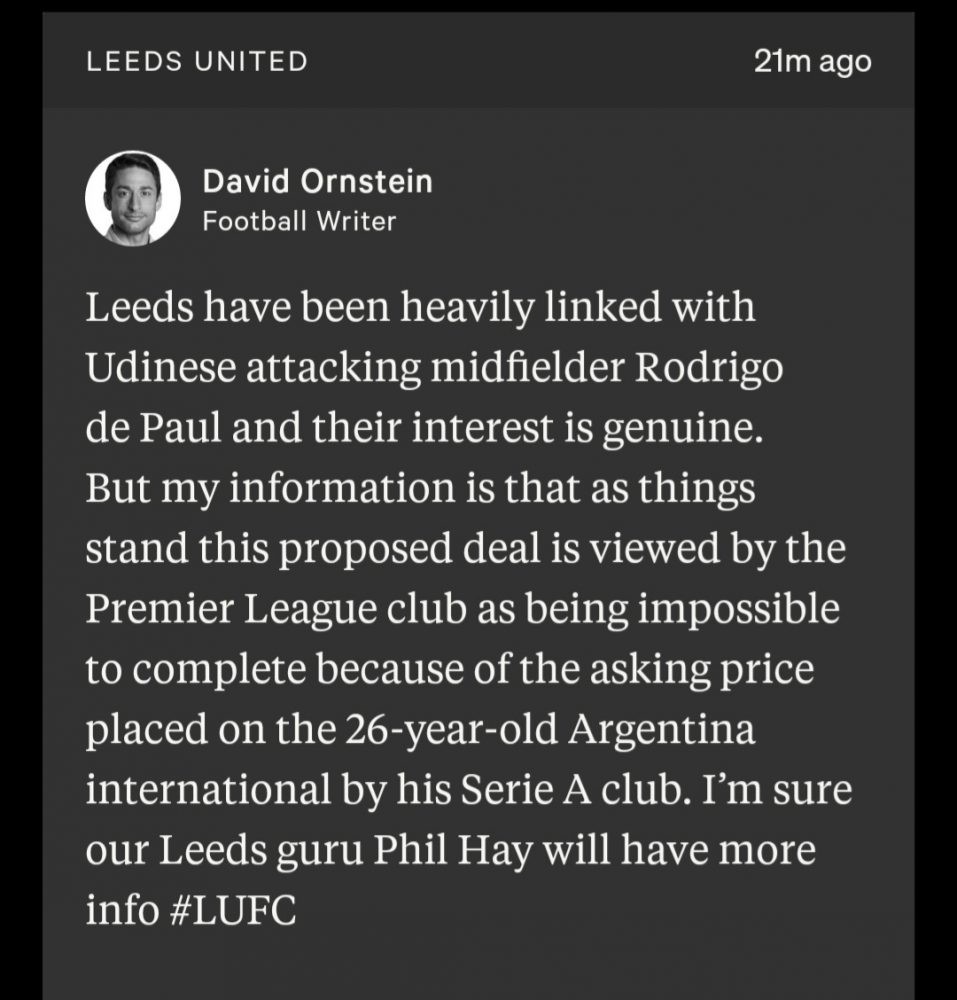 “Leeds have been heavily linked with Udinese attacking midfielder Rodrigo de Paul and their interest is genuine. But my information is that as things stand this proposed deal is viewed by the Premier League club as being impossible to complete because of the asking price placed on the 26-year-old Argentina international by his Serie A club.”

Leeds insider Phil Hay has revealed that Udinese want £35 million for De Paul, and there aren’t signs that the Whites are keen to match it. 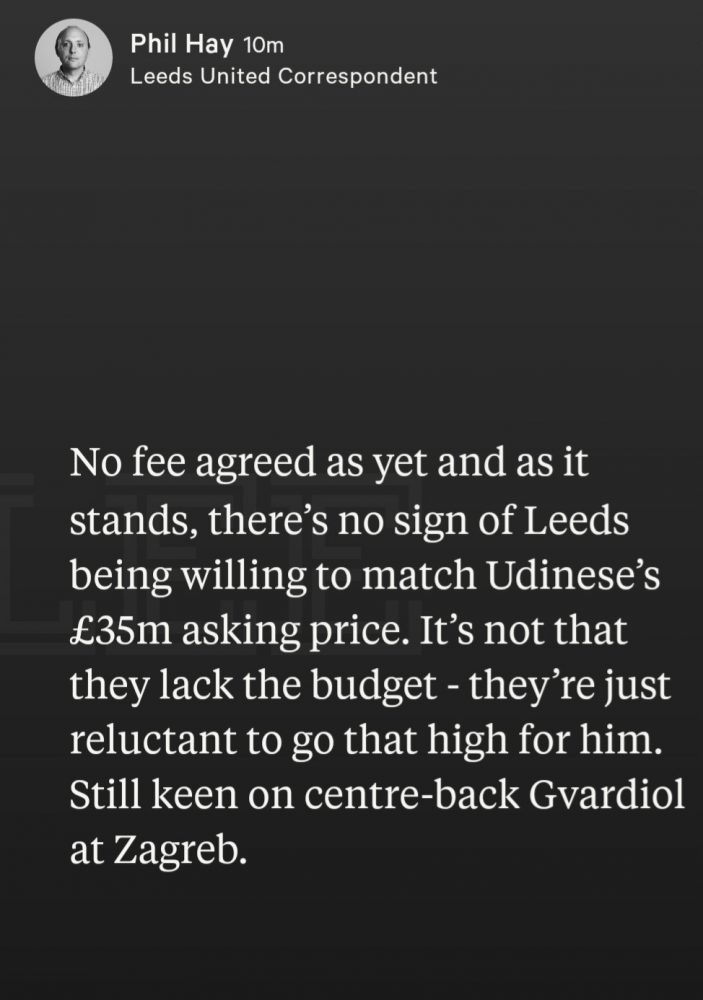 While they do not lack the funds after owner and chairman Andrea Radrizzani told the Financial Times that the club had a budget to spend a further £35 million – £50 million more on two to three players to bolster its squad, they are just reluctant to spend that much on him.

Understandably, they reckon Udinese are demanding too much for the Argentine and will be looking to continue negotiating for a lower fee.

Leeds really need a quality addition to their midfield if they want to impress in the Premier League this season and going forward, and there is no doubt that De Paul fits the bill to a tee.