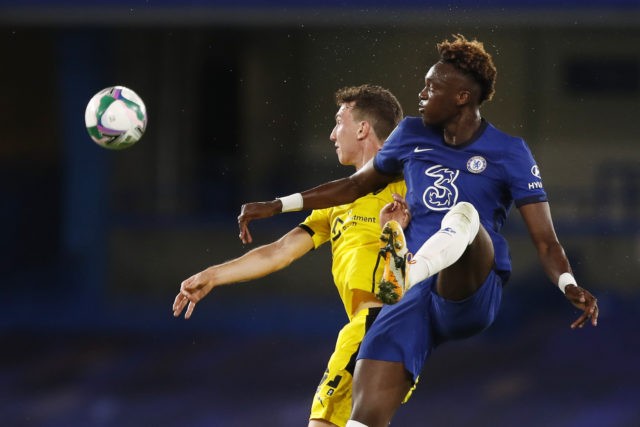 Chelsea striker Tammy Abraham has been linked with a move away from Stamford Bridge at the end of this season, and West Ham United are thought to be one of the potential suitors.

The Hammers manager David Moyes has now claimed that the reported valuation of Abraham rules out any potential move for the young striker.

The striker is valued at £45 million by the Blues, which could put him out of the reach of many of his suitors.

Abraham has a big future ahead of him. Despite not being a key starter for the Blues, he has scored 30 goals in the last two seasons.

West Ham need to sign a quality striker this summer, and Abraham would theoretically be a good fit.

The Londoners sold Sebastien Haller to Ajax during the January transfer window, and they are yet to replace the Frenchman properly.

Moyes claims that spending the reported £45m asking price on one player is highly unlikely.

“It would rule us out completely – we will be ruled out,” he said via football.london.

“It may well be [the total spend]. But you never know here. I don’t think we will be making a purchase of that for any one player. I’d be surprised if we were.”

The Hammers will need to strengthen other areas of their squad as well, and the revelation from their manager certainly makes sense.

Abraham needs to leave Stamford Bridge to play regular first-team football, but Chelsea will have to lower their asking price for a transfer to go through.