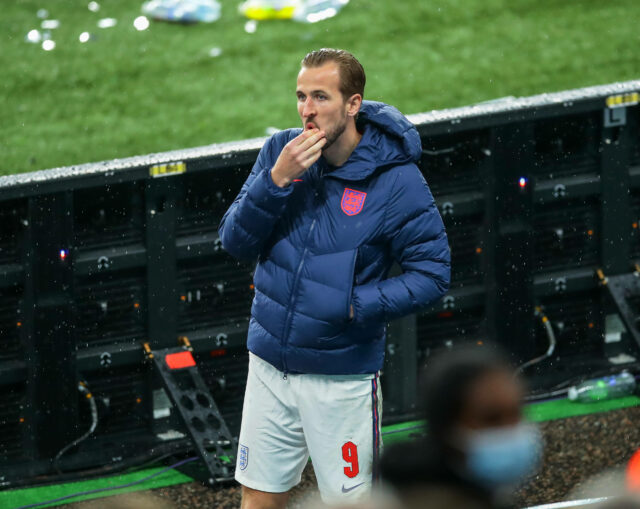 Harry Kane has been linked with a move away from Tottenham Hotspur this summer, and rumours around him will always have a ripple effect among the fan base.

The Sun have come with an exclusive today that Kane is set to join Manchester City this summer for £160 million, with Daniel Levy privately giving the green light for the deal to go ahead.

The report claimed that the England international will sign a four or five-year deal, earning £400,000 per week to become the highest-paid player in the Premier League.

The Premier League champions have already made an offer of around £100m for Kane this summer, and it was immediately rejected.

It has been speculated that Levy could soften his stance if City came up with an offer of more than £150m for Kane, who has still three years left on his current contract at Tottenham.

Italian football journalist Fabrizio Romano has claimed that Tottenham have denied such rumours.

Levy wants to keep Kane, and there hasn’t been any fee agreed between the two clubs.

Manchester City are interested but there’s NO fee agreed. Only bid was one month ago: £100m, turned down. #Kane

In fact, the news has come as a surprise for both the clubs.

Manchester Evening News have claimed the talks of signing Kane for £160m is “nonsense”.

Sources at the club have told MEN that the Premier League champions will never pay that much for a player.

The player remains a target for Pep Guardiola, but Tottenham have today reiterated their stance that they do not wish to sell the 27-year-old.

City are also keen to sign Jack Grealish from Aston Villa this summer. Villa reportedly have slapped a £100m price tag on his shoulders to fend off interest from City.