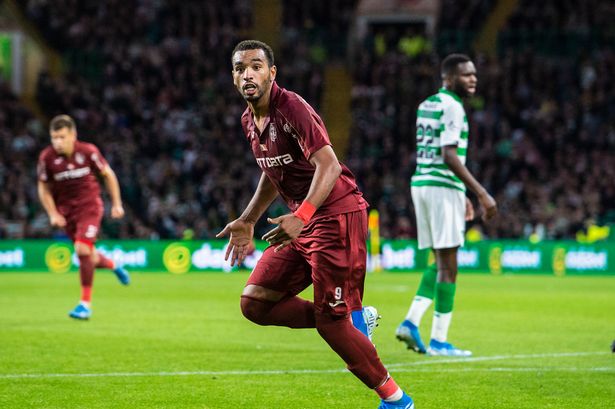 Despite the defeat, the Hoops finished as group leaders and booked their passage to the last 32 of the Europa League. Cluj also qualified for the knock-out rounds.

After the match, Cluj boss Dan Petrescu was asked to comment on striker Billel Omrani who has been linked with a move to Celtic.

Petrescu said that he is not aware of any interest for the 26-year-old but has admitted it would be tough to stand in the hitman’s way.

He said, as quoted by Daily Record: “I don’t know for sure if it’s true. I don’t think anyone has contacted the club.

“Maybe it’s speculation. But we don’t blame any player who receives a big offer if they leave here.”

Last month, reports emerged that the Scottish champions had submitted a £3m bid for the French striker.

It was reported that the Scottish Champions are looking to complete a deal for him in the January transfer window.

Omrani is a versatile player who can play as a wide forward as well. Celtic should be looking to bolster their squad in January, and Omrani could prove to be a bargain signing for the club.