Escapologists from the relegation battle in successive seasons, Alan Pardew deserves to be lauded as much as Tony Pulis was for the impact he has had at the London club since arriving mid-season.

Meanwhile, Chelsea’s decision to part company with Mohamed Salah to bring Juan Cuadrado to Stamford Bridge is looking increasingly skewed, with the Egyptian starring at Fiorentina.

With the Viola having the option to buy the 22-year-old, Salah looks set to follow in the footsteps of Kevin De Bruyne in prospering after an exit from the Blues.

Pardew deserves as much credit as Tony Pulis

Last season Tony Pulis was justifiably awarded the Premier League Manager of the Season accolade for his stellar efforts in leading Crystal Palace away from relegation danger.

The acclaimed coach has left Selhurst Park since and started the same process at West Brom, but Palace’s current manager deserves real credit for his achievements this season. 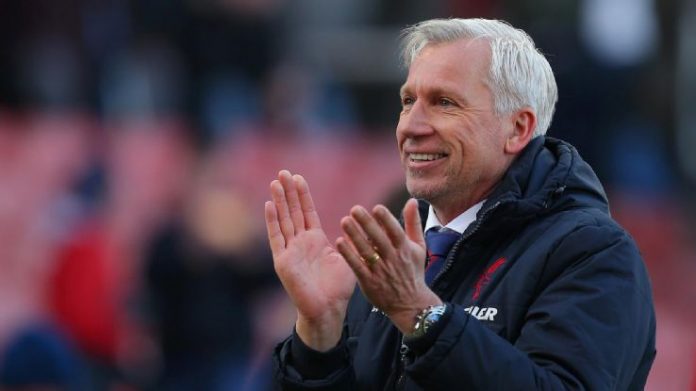 Alan Pardew endured a tough time over four years at Newcastle, with the Tyneside fans’ lofty ambitions for the club and personal distaste for the Londoner resulting in campaigns for his dismissal.

The 53-year-old has experienced a conflicting reaction since returning to Palace, whom he served as a player, with his managerial abilities fully appreciated by the club’s supporters.

Last night’s victory over City had something of an inevitability about it and although the Eagles rode their luck to some extent, the hosts displayed a commitment that eclipsed their illustrious opponents.

Palace have taken 22 points from 11 fixtures under Pardew and on 39 points have a great chance of finishing in the top half of the table; they were in the bottom three when their new boss arrived.

Although Pardew is unlikely to be named as the manager of the season like Pulis before him, the Newcastle fans and their current dire predicament may well now realise that their former boss was not as inept as they had repeatedly stated.

The January addition of Colombian livewire Juan Cuadrado was widely acknowledged as an exciting piece of transfer business by Chelsea, offering competition for places on the right-hand side of the Blues’ midfield.

With Mohamed Salah not starting a Premier League game for the West Londoners and seemingly surplus to requirements, offering him as a loan makeweight in a deal to bring Cuadrado to Stamford Bridge looked like a no-brainer.

Fiorentina manager Vincenzo Montella stated in the immediate aftermath of the deal that it had been in the Viola’s favour – with his statement proving accurate.

While Cuadrado has only started two Premier League games and played a fringe role in the Blues’ title charge, Salah has been a real star at the Stadio Artemio Franchi.

Another goal in the critical 2-0 win over Sampdoria at the weekend was his fourth in Serie A since the end of January, while the Egypt international has also scored twice against Juventus in the Coppa Italia and in the process of eliminating Tottenham from the Europa League.

Fiorentina fans were saddened by the departure of a favourite in the form of Cuadrado, but have a new hero in Salah.

Chelsea meanwhile must be scratching their heads as to why the former Basel attacker did not deliver this stunning form in England and are now set to lose Salah permanently if the Serie A outfit so decide.

The deal is reminiscent of Kevin De Bruyne, who was deemed not good enough for the Blues’ first-team, only to go on to be one of European football’s standout peformers this year at Wolfsburg.

With Chelsea also selling Nemanja Matic only to bring him back to Stamford Bridge at exuberant cost three years later, the club’s policy of hoovering up talent and parting company with it at will may well need to be examined internally.