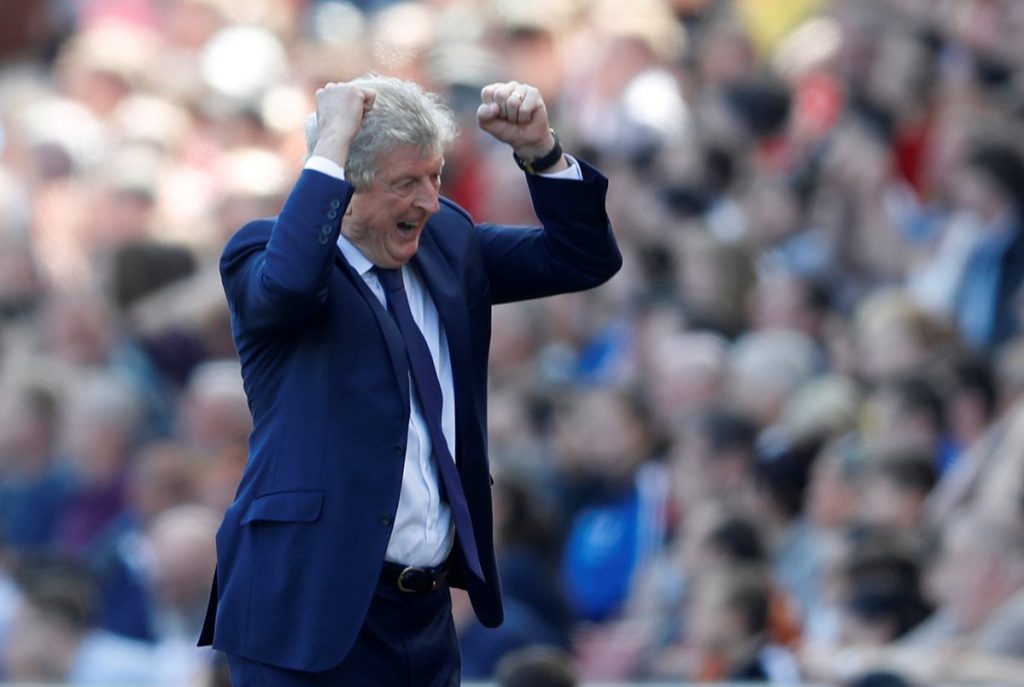 When Roy Hodgson took charge of Crystal Palace they were reeling at the bottom of the Premier League having lost their opening seven matches.

It has taken a herculean effort from the players and the manager to turn things around, and everyone associated with the club can now look back at their achievement with great pride.

The defeat, however, was a bitter pill to swallow for the Stoke City fans, as they got relegated to the Championship after a 10-year stay at the top flight.

Stoke City took the lead in the first half through Xherdan Shaqiri who scored from a free-kick. Palace returned strongly in the game after the break, and got the equaliser through James McArthur.

Patrick van Aanholt netted the winner in the 86th minute to seal all three points for the visitors. Palace players took to Twitter after the game to celebrate the victory.

What a privilege it is to play with such a talented and passionate group of players ???? and wow our fans honestly your the ones who keep us digging in to grind them results out!????safe trip back ??

My face sums up today! ? This season has been a war for us and literally a test of character but I’m glad we got the job done! ?? #CPFC #GodIsGreat pic.twitter.com/5bguLfh3Yw

Another good win at a very tough place to go…. survival mathematically secured ? now let’s finish off well in front of our fans next Sunday #CPFC pic.twitter.com/Eofg93PX7g

Great job coming back from behind today. The away end was rocking ??⚡ Up the Palace! ?? #CPFC pic.twitter.com/nTwrPg3zJI

Yeeeeees well done boys! So deserved , congratulations to the whole team and a huge thanks to all our amazing fans this season @CPFC #stocry #premierleague #secured ?

Great comeback in the second half. Hopefully finish strong next week in front of our fans. Big thanks to fans for the full season. #cpfc

Premier league status secured, congrats boys! Can’t wait to get back out there with you all ?? #CPFC pic.twitter.com/FpkecynUAn