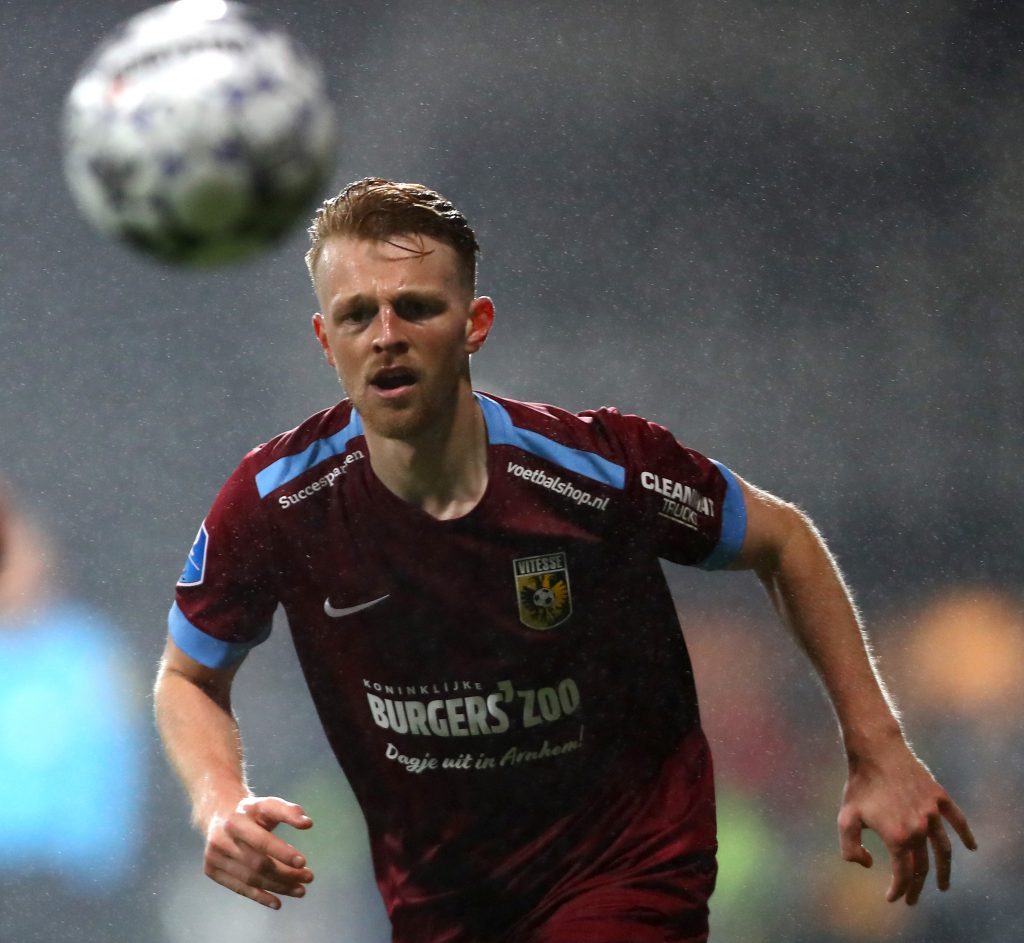 According to The Mail, Crystal Palace are considering a move for Vitesse Arnhem left-back Max Clark amid the uncertainty over the future of Patrick van Aanholt.

Van Aanholt dislocated his shoulder during the final weeks of the previous campaign and he has yet to make a comeback to first-team action.

In his absence, academy graduate Tyrick Mitchell has done a credible job on the left side of the backline, but the Eagles are still aiming to bolster the department.

As per The Mail, the south London outfit are uncertain over the future of Van Aanholt whose contract expires in less than 10 months’ time.

Hence, they are looking into a potential long-term replacement and have identified Clark as a suitable target for the role.

Clark graduated through the youth system at Hull City and made his debut for them in the 2017/18 season after spending 15 months on loan at Cambridge United.

He managed 30 appearances during the course of the campaign, but he thereafter declined to extend his contract to join Vitesse on a free transfer.

Clark has since established himself as a regular for the Eredivisie outfit where he has registered three goals and seven assists from 57 outings.

The 24-year-old has also caught the eye with his defensive displays with nearly three tackles and one interception per game.

Those defensive statistics are much better than Van Aanholt, who has managed under two tackles per 90 minutes in recent seasons.

Clark would be a valuable addition for the Eagles and could form a long-term partnership with summer signing and right-back Nathan Ferguson.

Ferguson has yet to make his debut for the Eagles. He has still to recover from the knee operation which he underwent at West Bromwich Albion in February.