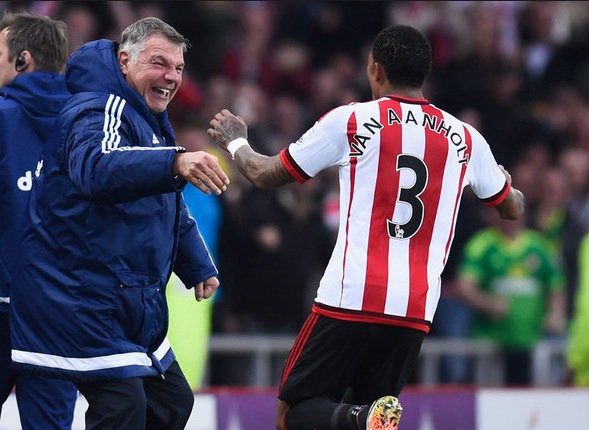 Crystal Palace have agreed to a deal to sign Dutch defender, Patrick van Aanholt, from Sunderland. The Black Cats have accepted a bid, thought to be in the region of £14m, for the defender, who has been given permission to travel to London for talks.

Sunderland have confirmed on their official website that the defender told officials that he no longer wanted to play for the club and submitted a transfer request.

If a player openly states he does not want to play for our club, then it is clear that we have a decision to make. In this instance and in regard to this particular player, we have done what we feel is right for Sunderland, which will always be our priority.

Crystal Palace manager, Sam Allardyce, has confirmed that Aanholt’s arrival at the London club is imminent, and added that the player is undergoing a medical today.

Allardyce confirms Van Aanholt is having a medical here today. “He’s in the process, at the moment.”

Aanholt began his professional career at Chelsea. He came through the club’s youth ranks, and made his senior debut for the club in 2009. He spent five years at the London club and made only two senior appearances. In between, he has played for Coventry City, Newcastle United, Leicester City, Wigan Athletic, and Vitesse Arnhem on loan.

He joined Sunderland on a permanent transfer for a fee of around £1.5m. Van Aanholt has represented the Netherland national team at numerous youth levels before making his full international debut in 2013.

The Dutch left back has made 88 appearances for Sunderland in all competitions and has scored eight goals. Allardyce has confirmed that he hopes to add more players before the window closes.