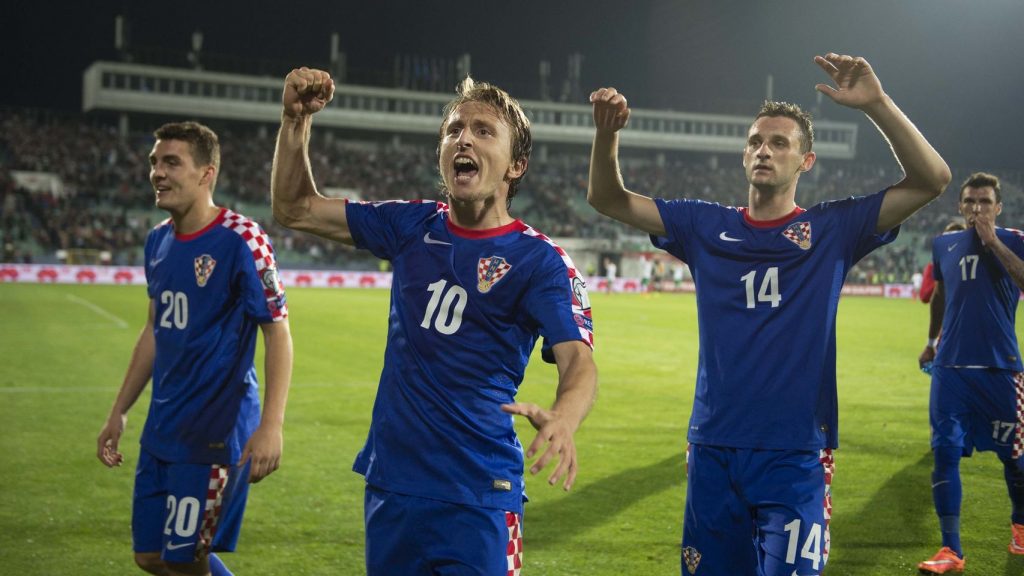 Despite being drawn in a tough-looking Group D, Croatia will enter this summer’s World Cup in Russia with high hopes of making an impact.

However, it is coach Zlatko Dalic’s job to find a starting XI that will work cohesively and harness the ability at Croatia’s disposal.

The offensive talent available to Croatia is impressive and fitting all of their star men in midfield and attack into the team looks impossible.

However, for the eastern Europeans to make it into the business end of the tournament, a resolute defensive effort will also be needed.

Croatia’s squad is largely as would be expected, with a handful of players cut down from the preliminary contingent after the 23-man group was finalised.

While there are star names set to grace the pitch for Croatia, the man on the bench has a considerably more modest profile.

Zlatko Dalic took over the national reins last year after the sacking of Ante Cacic and has successfully led his country to World Cup qualification, with Greece defeated in the playoff.

The 51-year-old’s experience has largely been managing clubs in the Middle East and as such leading Croatia to the game’s biggest tournament will be quite the challenge.

Dalic is most likely set to field a 4-2-3-1 formation, with a couple of delightfully gifted central midfielders deployed to dominate possession and direct play.

Ivan Perisic will offer real width on the left, but expect intricate play through the centre of the park in an attempt to forge chances.

Sime Vrsaljko is an able right-back with forward-thinking tendencies and the Croats boast a handful of powerful number nines as options to lead their line.

Despite the calibre of his team-mates, Real Madrid star Modric is a class above everyone else in the Croatia squad and undeniably one of the most sublime central midfielders in the world game.

Capable of operating in a deep-lying playmaker role and dictating play, the veteran could also be used slightly higher up the pitch in a withdrawn number ten role should Dalic see fit.

Modric’s combinations with Ivan Rakitic and Mateo Kovacic could be blistering and it will take a good team to deny Croatia the lion’s share of the ball.

The Real Madrid man has the x-factor to pick a killer final pass and will lead by example for his side.

The centre forward had a failed tenure in English football with Leicester City in 2015-16 but has reinvented himself in Germany as a key man for Hoffenheim.

Kramaric is far from guaranteed a starting berth for Croatia, as both Mario Mandzukic and Nikola Kalinic have ambitions of leading the line for their country.

However, the 26-year-old has made a name for himself in the Bundesliga, scored important goals in qualifying and could well be a dangerous option from the Croat bench.

In a group with Argentina, Iceland and Nigeria, things will not be easy for Croatia, despite the star men in their squad.

However, given the experience in their ranks and individual ability, the Europeans will fancy their chances of making the knockout rounds.

From there Croatia would be tough opponents in a straight do-or-die 90-minute clash – that said, making the quarter-finals would be a positive return for Dalic’s men.