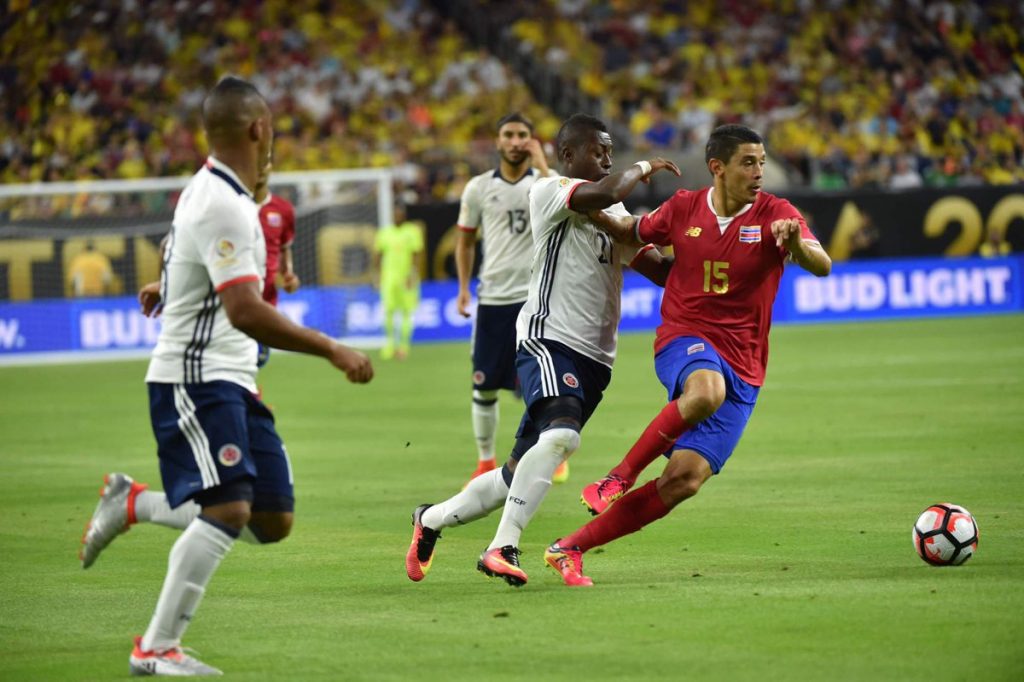 Despite losing the opening game against Colombia, the US finished ahead of them in Group A, following their 1-0 win over Paraguay on Saturday at Philadelphia.

In the other Group A match, Colombia suffered a shock 3-2 defeat against Costa Rica, and might face Brazil in the quarterfinals.

Here’s the latest Group A standings after Matchday 3. The US move into the top spot, while Colombia dropped to second. Costa Rica and Paraguay have been eliminated.

Group A: USA vs Paraguay

Colombia – Costa Rica: A great game of football: Colombia had already progressed to the quarterfinals prior to the match. They just needed a point to finish their group as leaders. They were so confident that Los Cafeteros made 10 changes to their starting lineup. Costa Rica, on the other hand, were already eliminated. This match had all the bearings of being a dull and unexciting game, but instead, it turned out to be a cracker, where both teams played without fear. Again, both the teams had nothing to lose. The game was played at a high tempo, with plenty of chances being created by both teams. We saw some great individual skills and it had some wonderful goals, especially the strike from Costa Rica’s Celso Borges, that gave his side a 3-1 lead.

Yedlin’s absence is a huge loss for the US: DeAndre Yedlin, the US defender, picked up two yellow cards within a space of a minute and he will miss the quarterfinal clash. Yedlin’s absence would hurt the US badly, as he is not only a very good defender but equally brilliant going forward. His overlapping runs would have proved key to unlocking the opposition defence; without him, the US starting XI won’t be stronger.