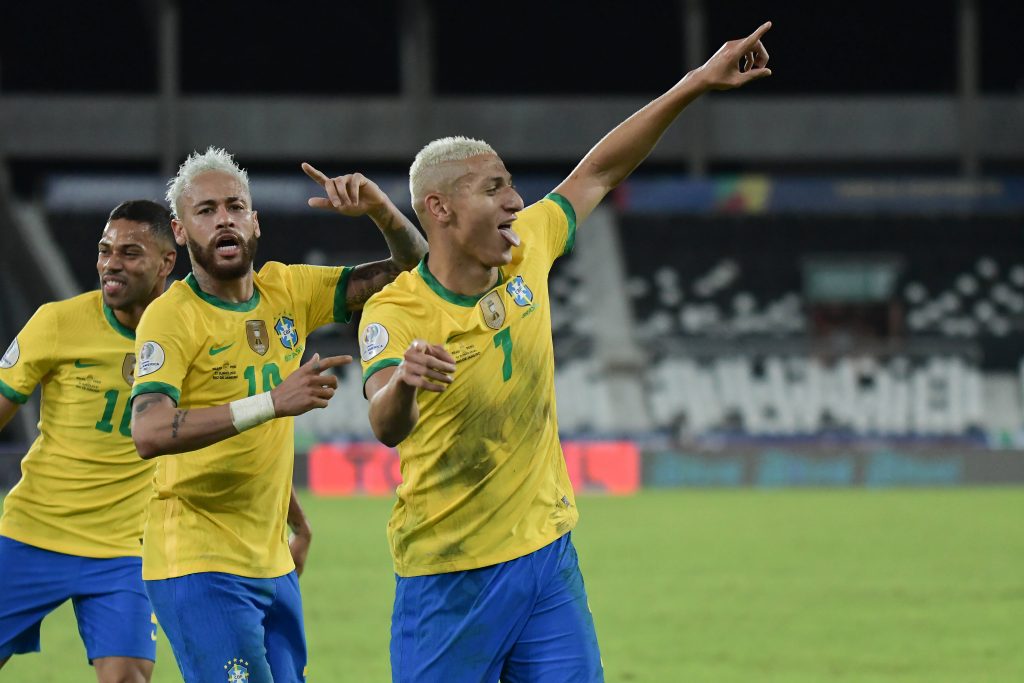 Following a one-day hiatus, the Copa America resumed last night, with favourites Brazil playing their second game of the tournament against Peru, while Colombia and Venezuela also faced off.

Here is how things went.

Following their comfortable opening day victory over Venezuela, Brazil continued their emphatic beginning to the tournament with a 4-0 win against Peru.

Alex Sandro gave the Selecao the lead, slamming in from close range for the only goal of the first half.

After the break, it was Neymar’s turn to get in on the action, converting from the edge of the box for his second of the summer.

The goal was his 68th on the international stage, taking him just nine short of Pele’s record for Brazil.

With the full-time whistle approaching, Brazil added a bit more gloss to the scoreline. First it was Everton Ribiero, finishing into the roof of the net from close range for his first international goal.

And speaking of Everton, Toffees forward Richarlison managed to get himself on the scoresheet in injury time, hitting a scrappy fourth on the rebound.

With two group stage games remaining, the hosts are already through to the quarter-finals. As for Peru, they sit at the bottom of the group.

There wasn’t as much action in the other fixture of the night. Colombia went into the game off the back of a 1-0 win over Ecuador, while Venezuela had just lost 3-0 to Brazil.

Colombia will feel like they really should have won it. Luis Muriel and Duvan Zapata were guilty of missing several chances, while Mateus Uribe had a stunning bicycle kick well saved.

To add insult to injury for Colombia, substitute Luiz Diaz was given a red card in the 94th minute for a nasty tackle.

Colombia are in second place in Group B, while Venezuela move up to third.