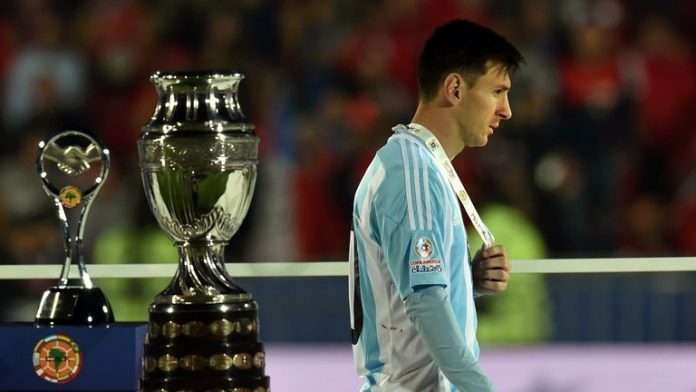 The Copa America rarely fails to deliver excitement and the 2019 edition has certainly been no different in that respect.

Football fans across the world have a mouth-watering semi-final line-up to look forward to, with Brazil and Argentina going head-to-head on Tuesday while Peru and Chile meet the following day.

Read on as we look at both ties and predict who we think will reach Sunday’s final.

Brazil must be wary of Messi threat

The Samba Kings cruised into the quarter-finals of the competition, finishing top of Group A without conceding a goal.

However, they were given an almighty scare by Paraguay in the last eight and would be well-advised not to underestimate Argentina in the semi-finals.

Brazil were a popular pick for punters building a goliath bet ahead of the tournament and remain odds-on favourites to win the title for the ninth time.

Their last meeting with Argentina in the Copa America came in the 2007 final, with goals from Julio Baptista, a Roberto Ayala own goal and Dani Alves securing a 3-0 victory.

Lionel Messi played in that match for Argentina and it is fair to say that the competition hasn’t been kind to him throughout his career.

They were beaten in the quarter-finals by Uruguay on penalties in 2011 and went on to suffer shoot-out heartache against Chile in the next two finals.

A 2-0 defeat by Colombia in their opening Group B game highlighted their weaknesses, but a 1-1 draw with Paraguay helped to steady the ship.

They progressed to the quarter-finals by beating Qatar 2-0, before seeing off Venezuela by the same scoreline.

Brazil will need to keep an eye on Messi throughout the semi-final, bu they are expected to edge a tight contest.

Chile were written off by many pundits in the run-up to the Copa America, despite winning the last two editions of the tournament.

Question marks hung over some of their older players, but veterans like Arturo Vidal and Alexis Sanchez have disproved the doubters.

They won two of their three games in Group C, before overcoming much-fancied Colombia on penalties in the quarter-finals.

Chile have won 12 of their last four meetings with Peru and will fancy their chances of reaching their third successive final.

Their opponents progressed from Group A as one of the two best third place finishers, before surprisingly beating Uruguay on penalties in the quarter-finals.

Peru were on the back foot for much of that game, but Luis Suarez’s missed penalty sent them through to the last four.

However, Chile are expected to have too much know-how and can book their place in the final against Brazil.