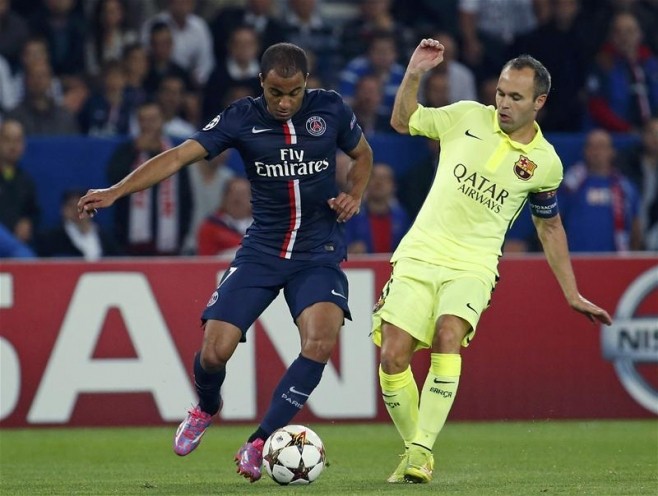 If reports in the media are anything to go by then Spurs are close to signing Brazilian international Lucas Moura from French giants Paris Saint-Germain.

According to ESPN sources, talks between the two clubs have moved forward and Tottenham are on the brink of getting the deal done.

On the other hand, renowned French source RMC Sport reported that the Samba attacker has reached a contractual agreement with the north Londoners, who now have to find a fee agreement with PSG for the €25million rated star.

Last season, the 25-year-old South American featured in 53 games for the Ligue 1 side and directly contributed in 30 goals (19 goals and 11 assists). However, since the arrival of Neymar and Mbappe, the former Sao Paulo attacker has not even started a single game this season.

Moving to Spurs will help get him the much-needed game time to earn a place in the Brazilian squad for the World Cup. The question is, how will Pochettino utilize him in his starting team?

Moura is a speedy playmaker, who mainly plays on the right wing and if he does end up moving to Spurs, he will likely start in his preferred position on the right flank. In the last game vs Southampton, Sissoko started on the right wing. The French international is not good enough, he has only netted 1 goal in 23 league outings for Spurs this season

Therefore, Moura should get straight into the starting XI and we can expect him to partner the likes of Alli and Eriksen in the attack behind lone center forward Harry Kane.

Here is how Spurs will line up with Moura if he joins the club.