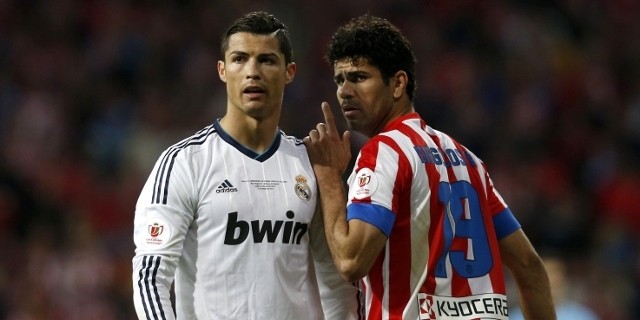 The 2013/14 season comes to a dramatic conclusion this evening, with cross-city rivals Real Madrid and Atletico Madrid to contest the Champions League final in Lisbon.

The pair will face off in the first ever final to see two sides from the same city fight it out to be crowned kings of Europe.

Click here to join us at ‘Soccerlens LIVE: The Champions League Final’, with kickoff fast approaching!

Real Madrid will be desperate to finally get their hands on ‘La Decima’, their tenth European Cup success, with their last win coming 12 years ago courtesy of a stunning Zinedene Zidane volley against Bayer Leverkusen at Hampden Park.

A win tonight will be a first ever for Atletico, with Diego Simeone’s side beating all the odds this season to not only win their first La Liga title for 19 years last weekend, but also traverse a number of difficult Champions League ties to make it to the showpiece final tonight.

Here are the confirmed starting lineups:

Get your late predictions in, and let me know your thoughts in the comments below…