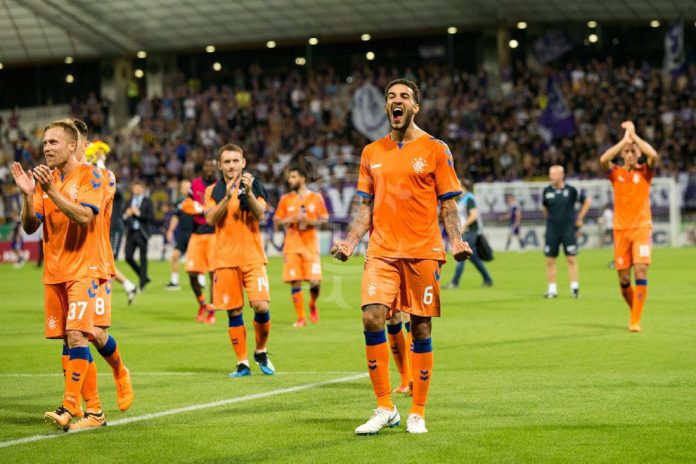 The Scottish outfit managed to secure a 0-0 draw away from home to secure their place in the next round of the Europa League. Steven Gerrard’s side won 3-1 on aggregate.

Sutton tweeted that it was an outstanding result for the former Liverpool captain and Rangers.

Despite being the underdogs, Rangers managed to outclass a Champions League level side and Gerrard seemed delighted with his players.

The Rangers boss believes that the result shows that Rangers can be optimistic about the season ahead. The Scottish outfit have started the season really well this year.

Gerrard is yet to end up on the losing side as the Rangers manager.

The Celtic fans weren’t too happy with their former player heaping praise on their bitter rivals. Some of them responded to his tweet and here are the best reactions.

Ffs @chris_sutton73 slating @CelticFC and heaping praise on @RangersFC whatever next? Tipping them for the league?

the football or violence ?