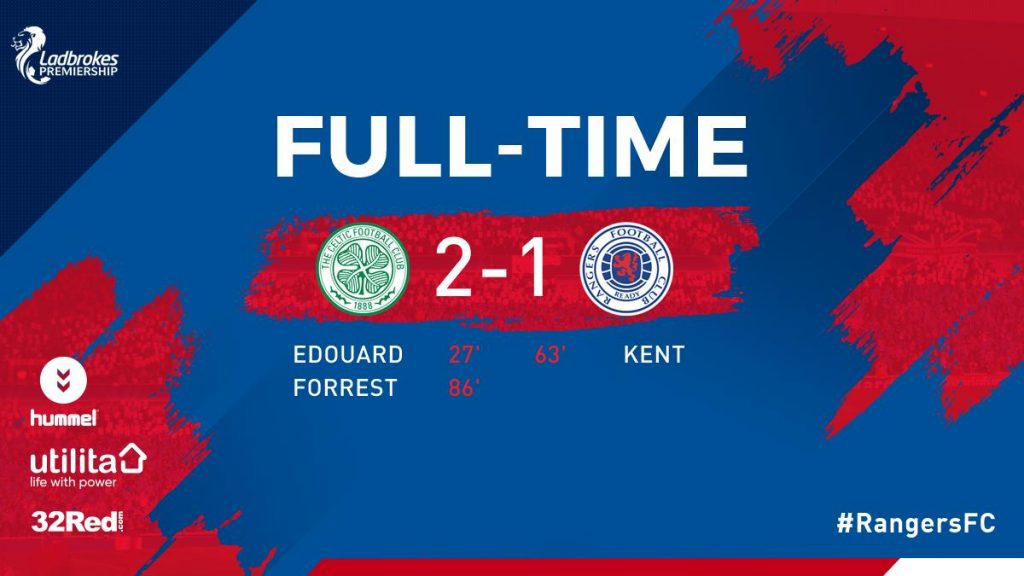 Celtic won 2-1 against Glasgow Rangers in a pulsating Old Firm thriller on Sunday. The Bhoys have moved 13 points clear of the Ibrox club at the top of the Scottish Premiership table.

Brilliant game????Kent the outstanding player…Rangers very good second half… ultimately they came up short in the lions den…

Odsonne Edouard scored for the Hoops in the 27th minute. Alfredo Morelos was dismissed for the fifth time this season for an off-the-ball elbow to the face of Scott Brown that left Rangers down to 10 men in the 31st minute.

However, the Gers produced a spirited performance in the second half with Ryan Kent – on loan from Liverpool – equalising in the 63rd minute.

In the end, the Scottish champions found a way to break Rangers’s resilience, and picked up all three points from the encounter, with James Forrest finding the net on 86 minutes.

Celtic managed 59% of possession during the game, and attempted 12 shots over the course of 90 minutes.