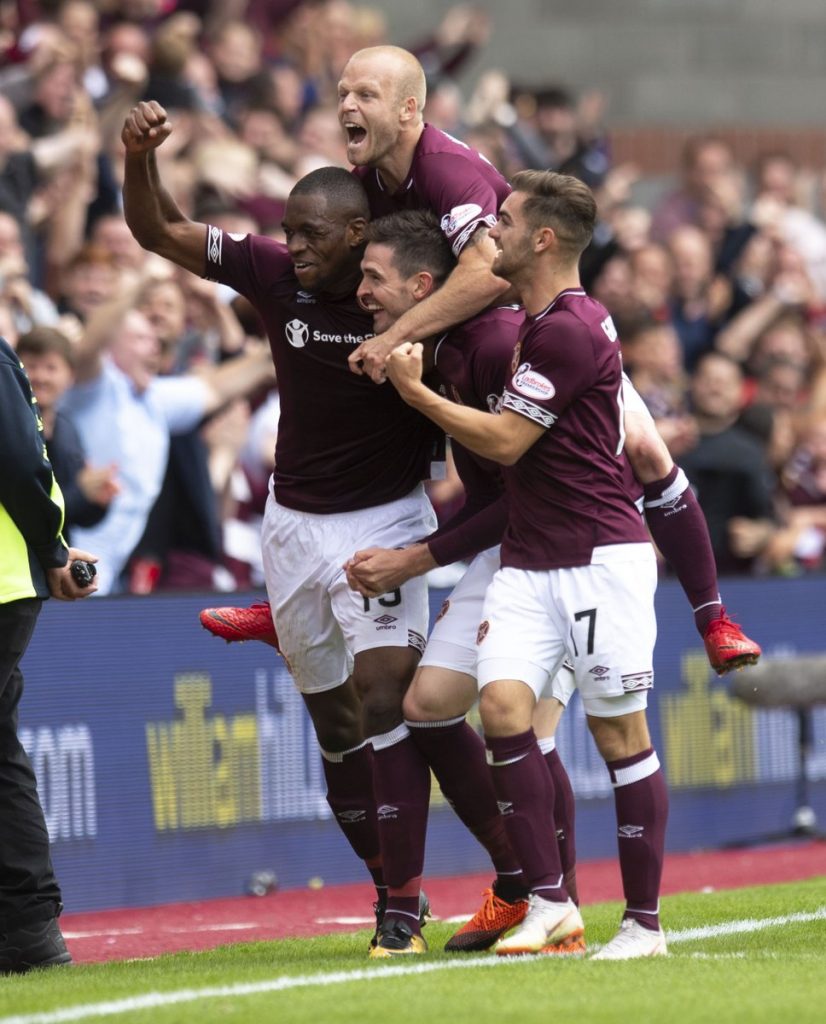 Celtic suffered their first defeat of the 2018-19 season after they lost 1-0 away at Hearts of Midlothian in the Scottish Premiership clash on Saturday.

Kyle Lafferty scored in the second half for Hearts and they kept the scoreline intact to earn a crucial win against the Scottish champions at Tynecastle.

The Jambos striker returned to Craig Levein’s starting line-up after being benched in the past two games, and he did make a huge impact.

Glasgow Rangers were heavily interested in signing Lafferty in the summer, but Hearts’ decision to reject the Gers’ £200,000 offer already, according to BBC, looks like a wise one.

After the game, former Celtic striker turned football pundit Chris Sutton has taken to social networking site to express his reaction. He tweeted:

.@btsportfootball Well done to Craig Levein and Hearts⚽️Celtic roughed up by Hearts…a lot of changes for Celtic but not the depth… for all those saying Mcginn wouldn’t have made a difference… really??

Celtic have had a quiet summer transfer window despite having money to spend. The Bhoys were heavily linked with a move for John McGinn, but they failed to meet Hibernian’s asking price. In the end, McGinn moved to Aston Villa.

Sutton feels that Celtic are lacking depth in their squad and McGinn would have made a real difference.

Celtic had 51% of possession, attempted 13 shots of which they managed to keep four on target, according to BBC Sport.