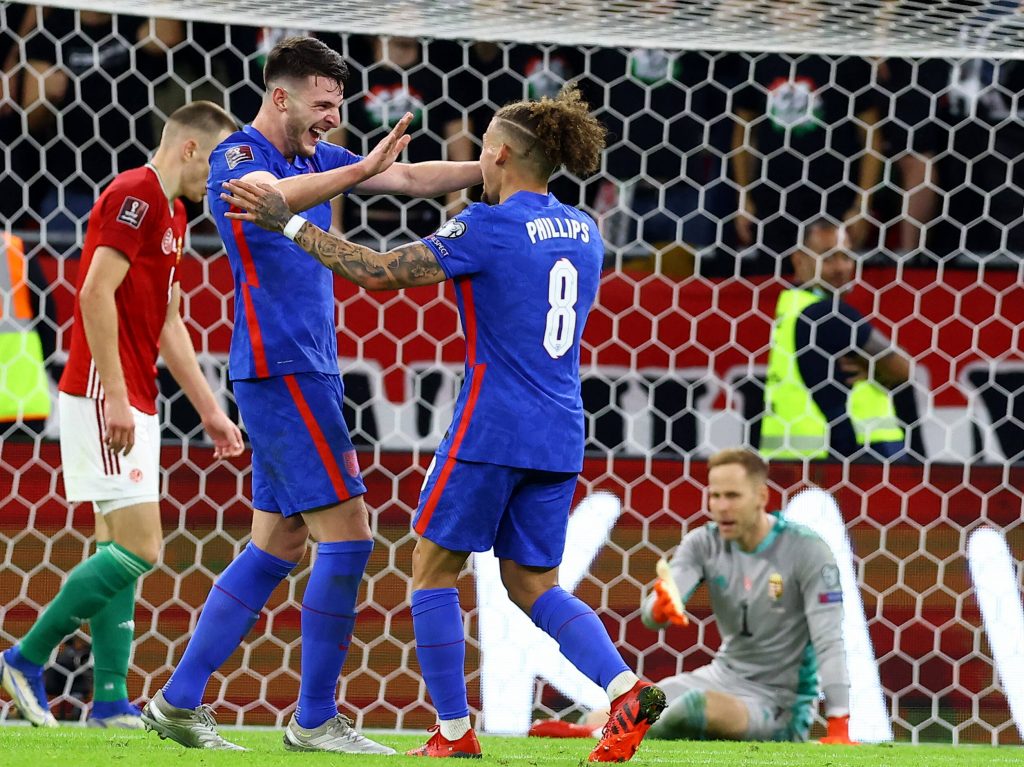 England won 4-0 against Hungary in the 2022 World Cup qualifier where Rice got his name on the scoresheet.

The 22-year-old midfielder was brilliant alongside Kalvin Phillips in midfield, and Sutton has rightly praised him on social networking site Twitter.

The former Blackburn Rovers striker has described him as an “outstanding talent.”

Declan Rice is an outstanding talent.

Rice has now established himself as one of the key players in the England set-up.

He has been arguably one of the most consistent performers for the Hammers in recent years and was simply superb (producing a virtuoso display against Germany) for his country during the Euro championships in the summer.

Against Hungary, he sat deep, protected the back-line, and allowed Phillips to move further up the pitch. Rice made two tackles and two interceptions during the game, putting in a solid defensive shift.

To come up with a performance like this against the backdrop of a hostile environment deserves a lot of credit.

It is indeed pleasing to see that Rice is getting better and better with experience, and one can’t help but wonder what a player he could become in the next three-four years if he keeps on playing like this.

If the reports are to be believed, Rice has rejected several contract extension offers already from the Hammers. He apparently wants to move to a top Premier League club, and expand his game to the next level.

Chelsea have reportedly shown interest in signing Rice in recent years, but West Ham are adamant they won’t sell him on the cheap.