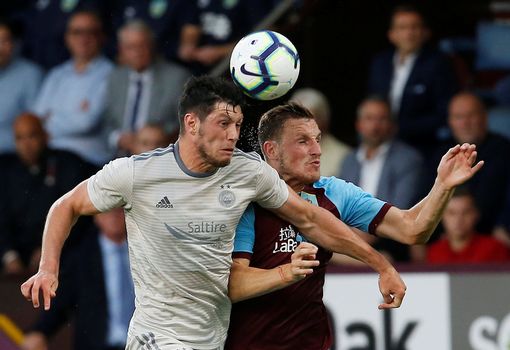 Former Celtic striker and now a popular football pundit, Chris Sutton, has slammed the club’s policy as Brendan Rodgers is reportedly looking to sign a few players before the end of this month.

It is no secret that Rodgers is keen to bolster his defensive options. He is desperate to sign a centre-back this summer with Dedryck Boyata likely to be allowed to leave the club.

Celtic have shown interest in Scott McKenna of Aberdeen but Rodgers admitted recently that the Dons are unwilling to part ways with their key player.

The Bhoys reportedly have had one bid rejected for the Scotland international. However, things can change quickly if Celtic present a lucrative offer, and if the latest report from the The Daily Record is to be believed, the Scottish champions will make another attempt to sign the 21-year-old defender.

Sutton says that McKenna is a good prospect and that he likes the player. However, he has heavily criticised Celtic’s approach for him.

“Boyata is done. He simply needs to be shipped out and at least one centre-half replacement drafted in pronto,” wrote Sutton for The Daily Record.

“I guess that was the plan with Scott McKenna but that’s another strange one. I like McKenna and think he is a good prospect. But he’s not exactly been hiding under a rock for months. If Celtic seriously wanted him, why wait until a week before the window closes?

“It just smacked of desperation. Now it looks like panic stations.”

The former Celtic striker is absolutely spot on here. Celtic should have taken a strong decision on Boyata and likewise acted quickly. The Belgian has refused to play for the club, and that should have been the end of the story for him.

If Celtic were seriously interested in McKenna they should have been proactive in securing his deal. However, they waited for long, and now with only a week left, the club is trying to make last ditch attempts to sign him. It goes to show that Celtic have messed up the transfer window badly, and even if they sign the player it would be seen as a panic buy.