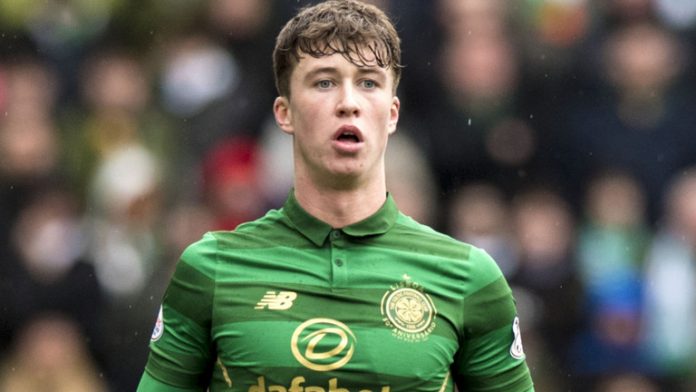 Former Celtic striker and now a popular pundit, Chris Sutton, has said in his column for The Daily Record that he feels sorry for Jack Hendry.

Sutton feels that Celtic are in a mess at the moment, and everyone – from the board, to the manager, and the players – all are responsible for the situation they are in.

The former Blackburn striker has blamed Celtic’s recruitment policy with the Bhoys turning a blind eye to bolstering their defence which should have been their priority.

On top of that there is the uncertainty about the future of Dedryck Boyata who refused to travel with the team for their crucial Champions League qualifier clash against AEK Athens.

With Celtic missing both Boyata and Kristoffer Ajer (through suspension) the onerous burden fell on the shoulders of Jack Hendry.

The 23-year-old who joined from Dundee in the January transfer window has been heavily criticised for his performance against the Greek side, but Sutton feels he has been made a scapegoat.

“I actually feel sorry for Jack Hendry. He’s been made a scapegoat but he should not have been in that position in the first place,” Sutton wrote for The Daily Record.

“There’s no way he was signed for the Champions League but he was thrust in at the deep end. Everyone knew the defence needed sorting out.”

Hendry is a fantastic young talent but Sutton suggests that he was not signed for the European games, and that he should not have been there in that situation in the first place.

Signing a centre-back is a top priority for Celtic, and they have money to spend as well. With Boyata facing an uncertain future, surely Brendan Rodgers must make an incursion in the transfer market to sign a quality defender, even if it is on a temporary basis.