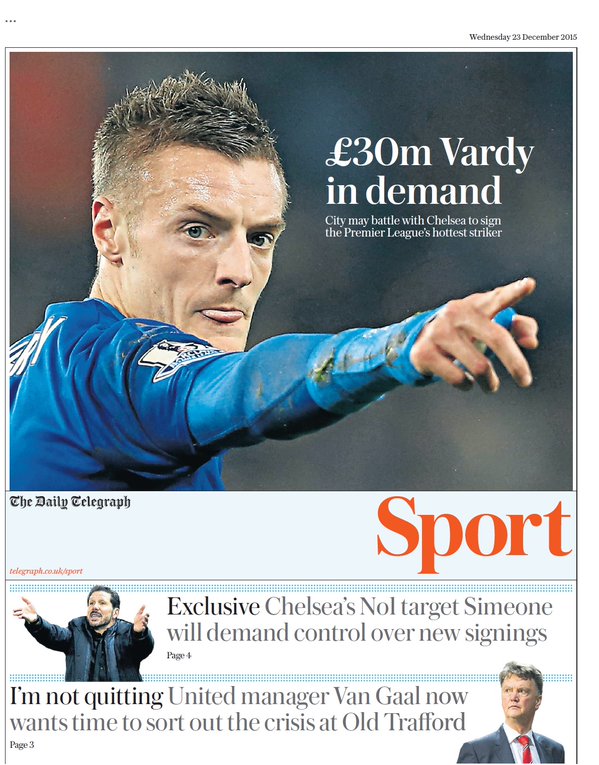 Jamie Vardy was a relatively unknown player before this season. And now he is one of the most in-demand players in England, and possibly in Europe. No wonder, why big clubs are circling around Leicester for his signature.

The Leicester City striker, along with his fellow teammate Riyad Mahrez, have added a fresh new excitement (read as romanticism) to the Premier League this season. Leicester are top of the Barclays Premier League table in Christmas (a splendid achievement) and both these players have played pivotal roles behind this unexpected rise.

Vardy has created a new record in the Premier League when he scored in 11 consecutive BPL games this season. He has already scored 15 goals for his club so far, but will he play for the Foxes for the reminder of the season remains to be seen.

According to reports from the British press, Chelsea and Manchester City are plotting an audacious £30m move for his signature.

In other news, Louis van Gaal gets more attention in the press, as pressure mounting on him following United’s recent slump in form.

Check out other major back page stories from some of the major UK newspapers: