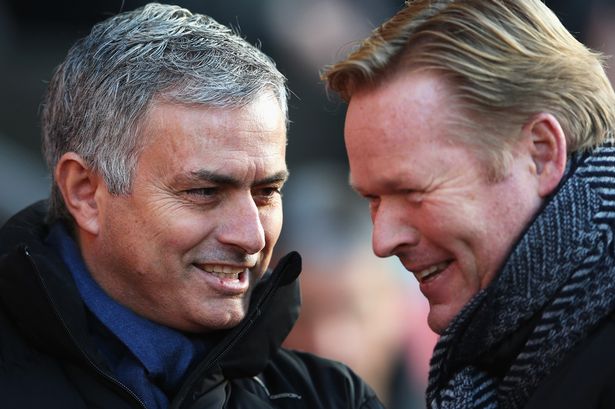 Chelsea face a must-win situation when they take on Southampton in the late game on Saturday at Stamford Bridge. The defending champions are in 14th place after 7 games, but can take solace from the fact that none of their rivals have been playing extraordinarily well either. They will though, need to start winning their own matches on a consistent basis to have any chance of retaining their title.

Jose Mourinho’s men needed two late goals from substitutes Ramires and Willian to earn a draw at Newcastle United last week. In the midweek Champions League fixture away at Porto, they lost 2-1. The feel-good factor at the club seems to have completely vanished, and there are cracks beginning to appear in the dressing room as well.

Their opponents Southampton are just a point ahead of the Blues in the table, but come into this game on the back of a 3-1 victory over Swansea City last week. Ronald Koeman’s men haven’t yet hit their stride and replicated their form from last season, but it was always going to take some time after losing important players like Morgan Schneiderlin and Nathaniel Clyne. The Saints continually find new heroes and match-winners at the club, and have hit some form in the last couple of weeks.

There are only two absentees for the home side – goalkeeper Thibaut Courtois, who is out with a long-term knee injury and Diego Costa, who serves the last of his three-match suspension.

Mourinho does though, have a lot of key decisions to makes, with every area of the pitch misfiring. The defence, which was the cornerstone of Chelsea’s success last season, has conceded 14 goals thus far this season. John Terry has been dropped by Mourinho in the last few games and it remains to be seen whether he returns for this one. There has also been a severe dearth of goals for the champions, with the likes of Eden Hazard, Cesc Fabregas and Costa misfiring badly. Hazard was dropped in midweek, but will in all likeliness return on Saturday.

For Koeman, on the other hand, things are much simpler, with Dusan Tadic and Sadio Mane starting to fire on all cylinders. The only absentee through injury is midfielder Jordy Clasie, who is yet to feature since signing from Feyenoord in the summer.

– Southampton were the only side apart from Manchester City to be unbeaten against Chelsea in the Premier League last season, with both fixtures ending 1-1.

– Jose Mourinho has a very good record against Southampton during his two stints with the Blues, winning 4 and drawing 2 of the 6 games played.

– Chelsea’s tally of 14 goals conceded is just one shy of the number they conceded in the whole of the 2014/15 season, when they won the league with a record 95 points.

– The Saints have won just once at Stamford Bridge in 13 attempts, prevailing 4-2 back in the 2001/02 season with James Beattie scoring twice.