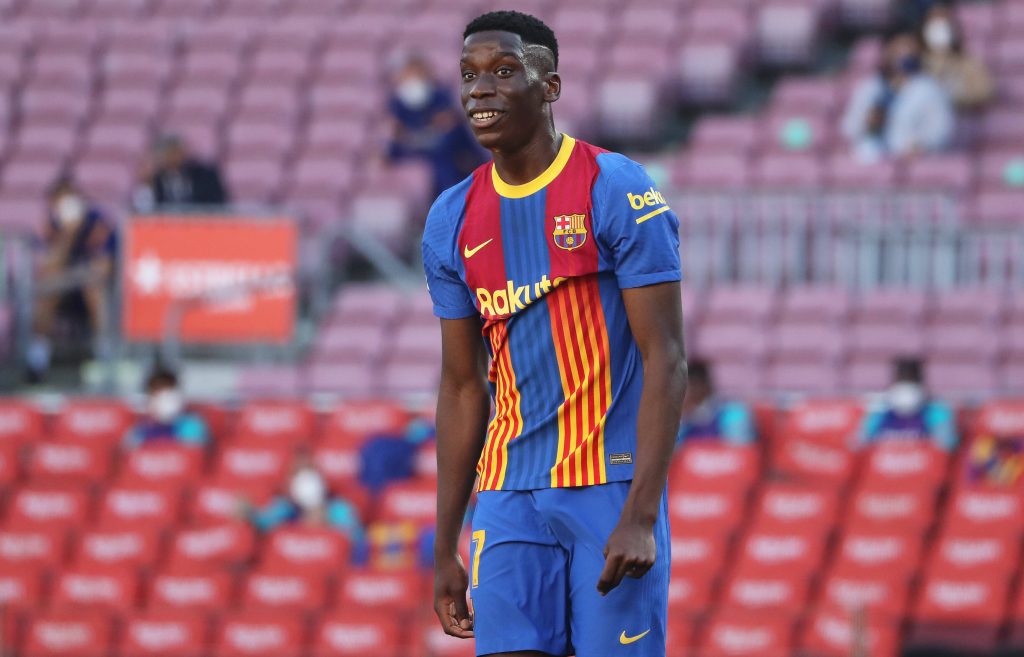 Chelsea are lining up a late bid for Barcelona midfielder Ilaix Moriba, according to journalist Adrian Sanchez on Twitter.

Moriba began to make a name for himself last season when manager Ronald Koeman handed him his professional debut.

He registered an assist in his first La Liga appearance and soon followed this up with a cracking goal in Barcelona’s 2-0 win over Osasuna.

However, his situation at Camp Nou has since turned sour. The Spain youth international has just under one year left on his contract, and it is looking unlikely that he will extend his stay.

As a result, he has been excluded from the first team, being left out of Koeman’s matchday squads for the fixtures against Real Sociedad and Athletic Bilbao.

Recently, it was reported that RB Leipzig had made an offer for the 18-year-old. A new suitor has now entered the race, with Sanchez reporting that Chelsea are preparing a €17 million bid for the youngster.

This is a big upgrade on the €6m that RB Leipzig reportedly offered. However, it is still short of Barcelona’s reported €20m asking price.

Sanchez claims that Die Roten Bullen are awaiting an update on the future of midfielder Marcel Sabitzer before making a second bid.

The Austrian has been linked with a move away this summer, with Bundesliga giants Bayern Munich lurking.

Spanish outlet Mundo Deportivo claims that Moriba is hurt by the club’s treatment of him.

He believes that he has been disrespected by the Catalan giants, who have turned the fans against him and made it seem like he is chasing money.

They have been limited mostly to free transfers this summer and have had to let go of club legend Lionel Messi.

While Chelsea’s expected bid does not meet their demands, they may accept it to avoid losing a valuable asset for free.

After all, there would be no point in keeping him for an extra year if he’s only going to sit in the reserves.

At the time of writing, the Blues have made just two signings this summer: returning striker Romelu Lukaku and Fulham goalkeeper Marcus Bettinelli.

However, the final few days of the transfer window could be busy at Stamford Bridge.