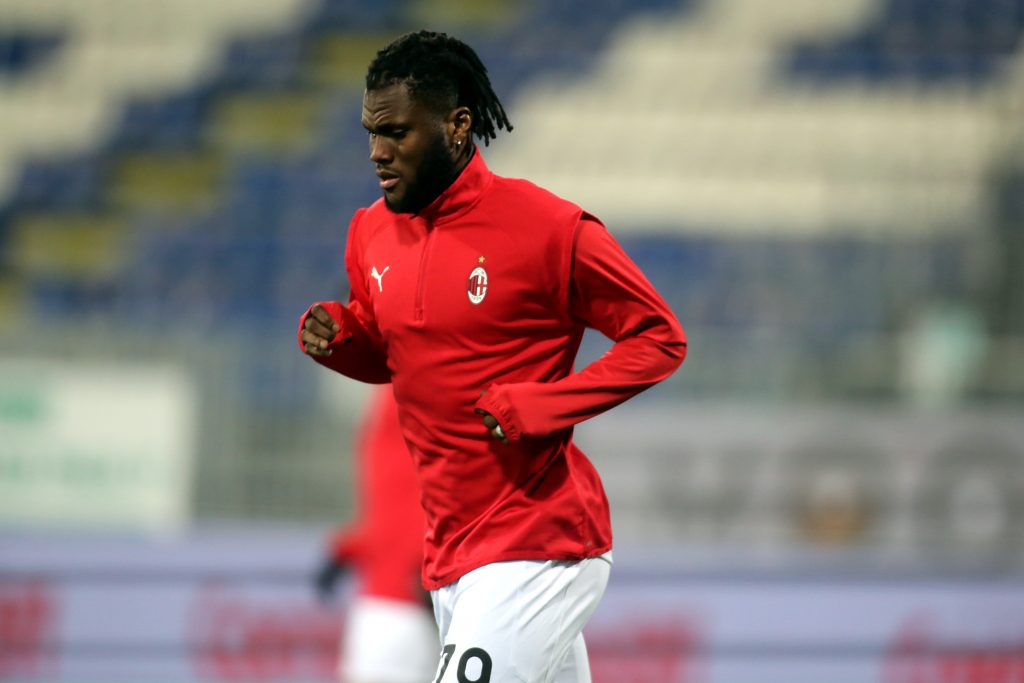 Chelsea have been linked with a move for AC Milan midfielder Franck Kessie.

According to ilmilanista.it, new manager Thomas Tuchel is a big admirer of the Ivory Coast international.

The 24-year-old has been a standout performer for Milan in Serie A this season, scoring seven goals and assisting a further three in 21 appearances.

Kessie has emerged as a key figure under Milan boss Stefano Pioli, earning the nickname ‘The President’ due to his influence on the dressing room.

However, his current contract expires in June 2022 and he is yet to agree a new deal with the club.

Milan slapped a £45 million asking price on Kessie during December in a bid to ward off potential suitors and they will be keen to retain his services.

While Chelsea may find it difficult to prise Kessie away from Milan, they may have a bargaining chip in the shape of Fikayo Tomori.

The 23-year-old is currently on loan with the Serie A outfit and they have an option to make the move permanent at the end of the season.

An offer of Tomori plus cash for Kessie may be tempting for Milan this summer, particularly if they are unable to extend the Ivorian’s contract with the club.