The agent of Chelsea’s Michael Essien is currently talking with AC Milan representatives, with a view to securing a deal to take his client to Italy this January. 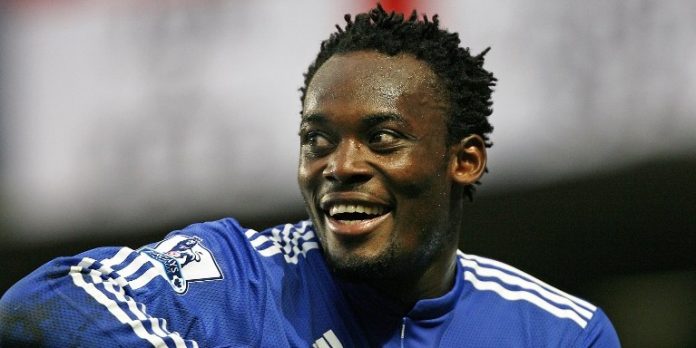 The Ghanaian, who has struggled for first team opportunities this season, has been linked with a move away this month, with Chelsea’s big-money purchase of Nemanja Matic leaving him well down the pecking order at Stamford Bridge.

According to respected Italian journalist Gianluca Di Marzio, Essien’s agent Fabien Piveteau is currently in talks with Milan, with a view to a January transfer to Serie A.

Essien will be able to play in the Champions League for Milan, which is reportedly crucial to the deal, with new boss Clarence Seedorf very interested in the experienced 31-year-old.

Michael #Essien can go to AC Milan in next hours: talks with Chelsea and with player agent to find the agreement #CFC

The reports of a potential move to the Rossoneri arrived only a few days ago via La Gazzetta Dello Sport, and now it seems as though the man they call ‘The Bison’ could soon be departing West London for pastures new.

What do you think? Would you be sad to see Essien leave Stamford Bridge? Let me know in the comments below…