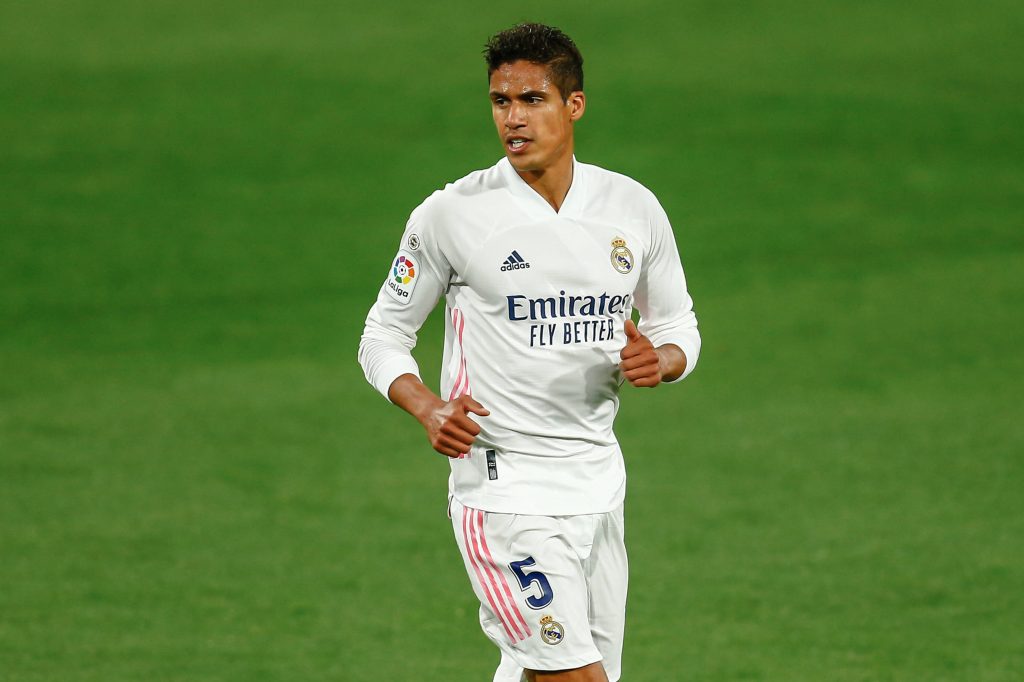 Chelsea and Manchester United have been handed a boost in signing Raphael Varane, who is prepared to leave Real Madrid this summer.

The Frenchman has been with Los Blancos for the past decade, registering more than 350 appearances in all competitions for them.

His current deal with the club expires in just 14 months, and the hierarchy have yet to convince him to sign an extension.

In a recent press conference, Varane said that he is 100 percent committed to the club but added that his focus is on the end of the season.

AS now reports that the centre-back is prepared to part ways with Los Blancos and is not making a serious effort to renew his contract.

It is added that the club are preparing for David Alaba’s arrival on a free transfer and could use some of the funds from Varane’s sale to buy a young centre-back.

Varane was repeatedly asked about his future yesterday, and he did not confirm whether he would be with the club next term.

This indicates that he could move on at the end of the campaign, and there would be plenty of interest in his services.

Chelsea and United have regularly been linked with him, and the duo could enter a bidding battle to land the World Cup winner.

Los Blancos reportedly value Varane at around €70 million (£61m), and the Blues could be well placed to sign him ahead of United.

United recently committed Eric Bailly to a new three-year deal, and there are doubts whether they will pursue another centre-back.

By contrast, the Blues appear more likely to recruit a central defender with the uncertain futures of several centre-backs in the squad.

Antonio Rudiger, Andreas Christensen and Cesar Azpilicueta have their contracts expiring in 14 months, while Thiago Silva’s deal concludes this summer.

Varane has emerged as the club’s top defensive target at the ‘express request‘ of Tuchel, who is likely to be backed with funds to make signings of his own.