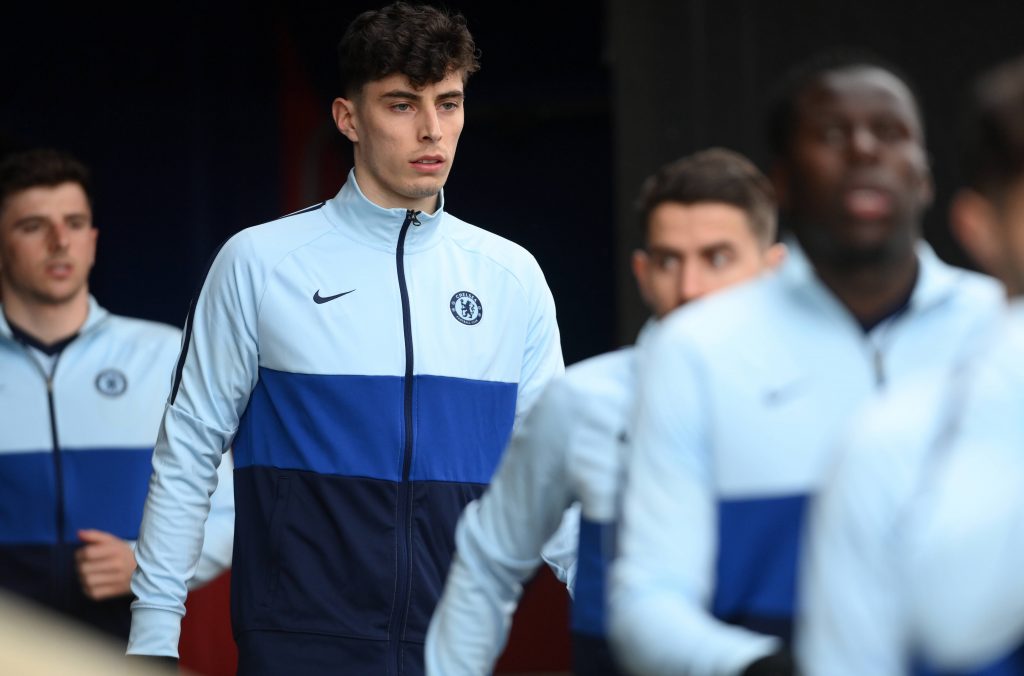 A selection of Chelsea fans on Twitter were delighted with the performance of Kai Havertz during the 4-1 Premier League win over Crystal Palace on Saturday.

The Blues suffered an embarrassing 5-2 defeat to West Bromwich Albion last weekend, but they came up with a strong response with a convincing display at Selhurst Park.

Havertz opening the scoring for the Blues after just eight minutes and, moments later, he delivered the assist for Christian Pulisic, who beat Vicente Guaita with a powerful shot at his near post.

In the 22nd minute, the German showed his class with a terrific flick from a long ball to put Patrick van Aanholt out of the game, but he was denied a great goal as his volley was brilliantly kept out by Guaita.

Goals from Kurt Zouma and Christian Pulisic on either side of Christian Benteke’s header sealed a comfortable 4-1 triumph, but Havertz could have had a hat-trick. He had a wonderful chance in the second half where he hit straight at the keeper.

Havertz was one of the top performers yesterday with a goal and an assist, but there is still room for improvement with his finishing. Here is how some of the Blues’ faithful reacted to his showing.

Kai Havertz is 100% our best striker. He is simply too good.

What a win that! Solid performance!
Pulisic and Havertz were top class today, including kovacic Jorginho and Azpilicieta. Massive win for top 4.

Havertz been class today but his finishing is not that good. Needs to work on it if he's gonna continue as the ST but the rest of his play was top notch

The Blues continued their league dominance over the Eagles, with yesterday’s victory their seventh in a row against their London counterparts.

Havertz registered his first league goal for the Blues since October, and he looked menacing from the false number nine role as he created multiple scoring chances.

However, he needs to convert them regularly to stake a claim for the role up front ahead of Timo Werner, Tammy Abraham and Oliver Giroud.

It was the best league performance of his Blues career, and the onus remains on him to replicate the display which he has struggled to do thus far.

The Blues moved temporarily into the fourth spot with the victory over Palace.

Read: Chelsea set to cut their losses on Tiemoue Bakayoko this summer.