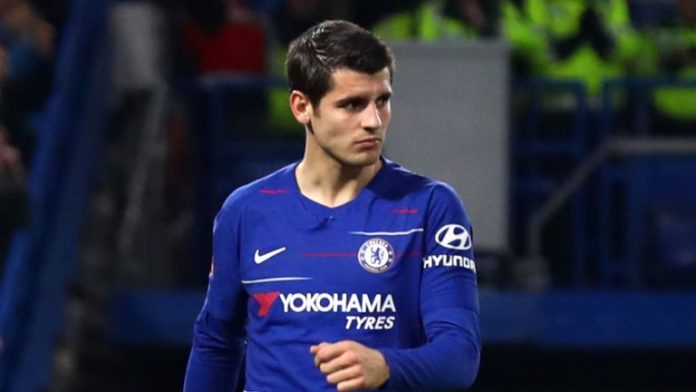 Balague told the BBC that the deal is subject the the Premier League club signing a replacement and Atletico selling a striker.

“It seems to be a matter of finding a buyer for (Nikola) Kalinic,” he said. “Everything else seems to be in place for Morata to abandon what feels like a nightmare.”

Morata has failed to impress at Stamford Bridge since joining the club from Real Madrid back in 2017.

He has scored just 24 goals in 72 appearances for Chelsea in all competitions and has been left out of the squad for five of their last seven Premier League games.

Chelsea are believed to have agreed a deal with Juventus to sign Gonzalo Higuain on loan until the end of the season.

Higuain has been on loan at AC Milan from Juventus since the start of the campaign, but he looks set to move to Stamford Bridge with Morato heading out of the club.

However, it is unlikely that Higuain will be signed in time to face Arsenal this weekend.