The new Chelsea away kit for the new Premier League season is pre-dominantly white with a light aqua (pale blue to you and me) sash across the white body, with navy blue trim on the sleeves. The sash is a common feature of adidas shirts this summer.

Unlike the Chelsea home kit for 2012/13, which is a celebration of the 2012 Olympics, the away kit has no such pretensions, although it does evoke memories of the Spain away kit.

The sleeves and shorts both feature a the first ever ‘fade’-effect three stripes on an adidas football shirt. Expect the Chelsea Away Shirt 2012 – 2013 to get it’s debut when Chelsea travel to Philadelphia to play the MLS All-Stars on Thursday the 5th of July.

You can pre-order the Chelsea away shirt from the Soccerlens Store. 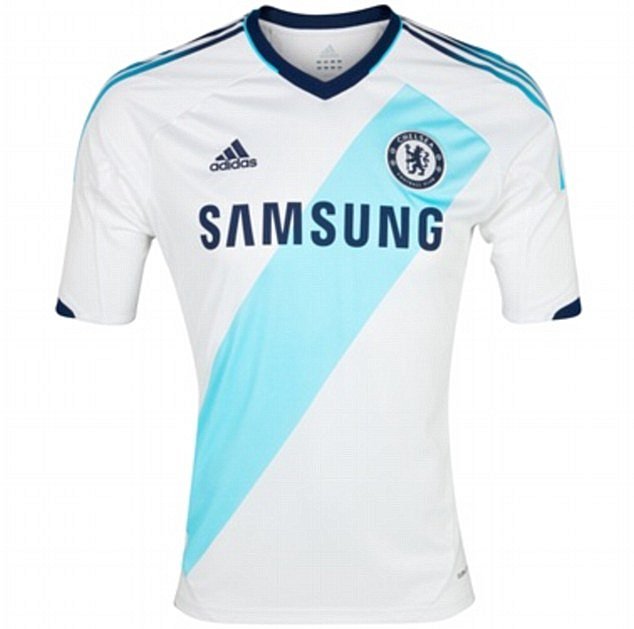