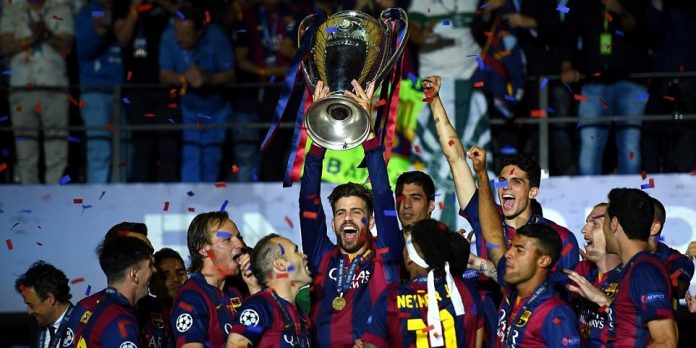 Real Madrid will take on cross-city rivals Atletico Madrid on May 28th in the 2016 Champions League final at the San Siro in Milan, with this the 61st final in the competition’s long and illustrious history and the 24th since the its rebranding from the European Cup.

The match will be a repeat of the 2014 Champions League final in which Real Madrid triumphed over Atletico 4-1 after extra time in Lisbon, with an injury-time goal from defender Sergio Ramos saving the match for Real at the death. Los Blancos went on to score three more times in extra-time to be crowned European champions for a record tenth time. It will be Real’s 14th final appearance, the most of any club, with the Spanish side bidding to add their eleventh European title.

They are currently three titles ahead of second placed AC Milan who last won in 2007. Atletico Madrid, meanwhile, are still searching for their first Champions League triumph having finished as runners-up in both 2014 and 1974.

The Champions League final is the most important European club game of the season and one of the most recognisable events in sport. Barcelona have been the most successful side in the competition over the last ten years with four titles – their last coming last year in a 3-1 win over Serie A side Juventus in Berlin. 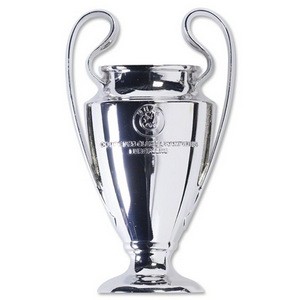 Barca have won five European Cups in their history, with their second in 2006 the start of a hugely successful period over the next ten years for the Catalan side. A late goal from Juliano Belletti saw Barca overcome a stubborn Arsenal side at the Stade de France that day, with the Premier League side playing the majority of the match with ten men.

The following year saw a repeat of the 2005 Champions League final as seven-time winners AC Milan got revenge on Liverpool for their devastating loss in Istanbul two years before thanks to a Filippo Inzaghi double.

Manchester United won their second ever Champions League title the year after in 2008, beating Chelsea on penalties in an all-English final – Nicolas Anelka missing the crucial spot-kick for the Blues in sudden-death.

Barcelona regained the trophy in 2009 after beating holders United at Wembley, with Jose Mourinho’s Inter Milan winning their second ever title the year after by beating Bayern Munich in Madrid.

The 2011 final saw a repeat of the 2009 final with Barca once more beating United to win their third title in six years.

Chelsea managed a shock win on penalties in 2012, beating previous runners-up Bayern in their own stadium in Munich. Bayern, however, finally got their hands on the trophy at the third time of asking, beating Bundesliga rivals Borussia Dortmund in 2013 to win their fifth Champions League title.

Barcelona beat Juventus 3-1 in last year’s final, with the 2016 Champions League final to be won once more by a Spanish side as Real Madrid and Atletico resume their intense rivalry on the biggest stage of them all.

Check out the highlights of the last ten Champions League finals below: