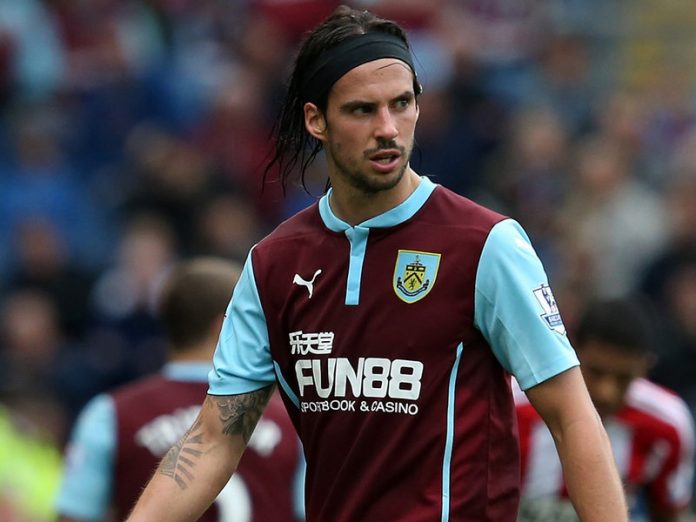 Burnley’s George Boyd is all set to leave Turf Moor this summer. The 31-year-old is out of contract, and has rejected a new one-year deal offered by the Premier League outfit.

According to reports from Birmingham Mail, Aston Villa, who have shown a keen interest in signing Boyd, are considering another approach for the winger.

Boyd, who made 39 appearances last season for the Clarets, is reportedly looking for a long term deal at his new club – but whether Villa can afford to match his demands, remains to be seen.

This also presents a window of opportunity for Celtic to make a move for the Scotland International this summer.

For a player of his ability, it will be a bargain if Celtic can land him without paying a penny.

The Scottish champions have had a long standing interest in Boyd, with Gordon Strachan (2009) and Neil Lennon (2013) both reportedly trying to bring him to Celtic Park.

Brendan Rodgers would be foolish not to attempt luring him to Parkhead especially with no fee involved.

Celtic also are keen to sign Patrick Roberts on a permanent deal, but the Manchester City winger wants to impress Pep Guardiola before making a final decision.

With his impending move to Celtic hanging in balance, the Bhoys should ensure that they are the beneficiaries.

Boyd spent much of the 2016/17 campaign on the right of midfield, but he is equally capable of playing on the left and through the middle.