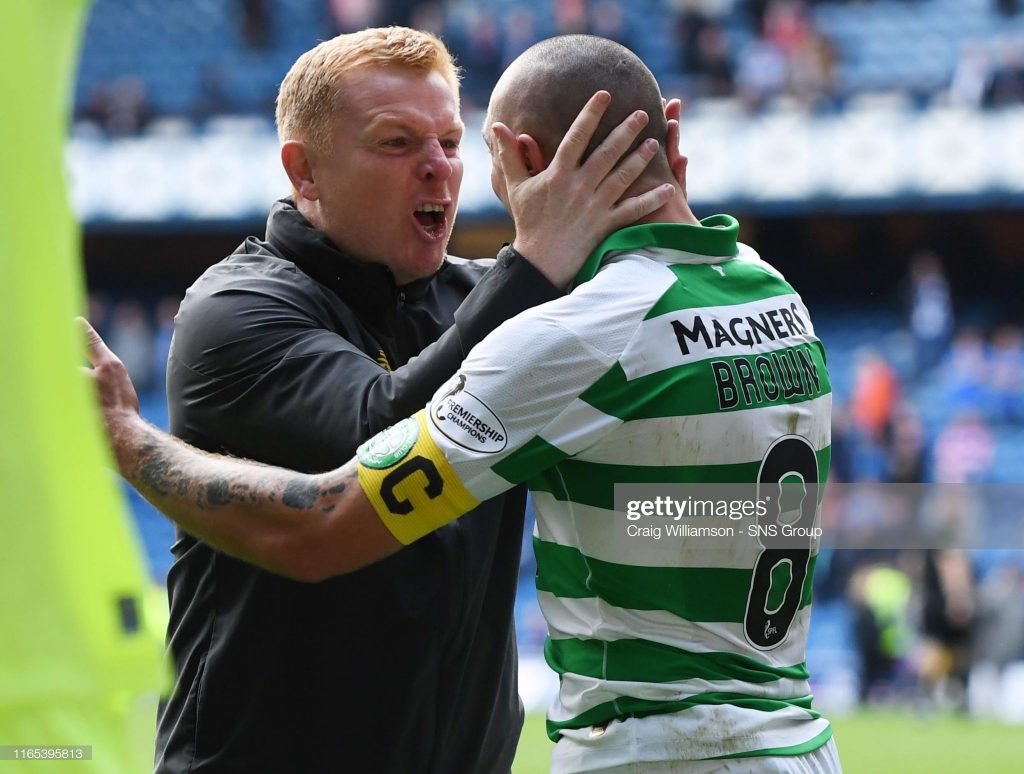 Celtic were dumped out of the Champions League qualifying campaign by CFR Cluj last month, after the Romanian outfit handed them a 4-3 defeat in the second-leg of the third-qualifying round following a 1-1 draw in the first-leg.

Nevertheless, some felt the Celtic legend was taking a dig at the boss and that there is a rift between them.

However, Lennon has dismissed those claims, and he reckons it will take a lot for anything to come between them given their relationship over the years.

“I don’t know where that’s come from at all. It’s nonsense, honestly. I can’t control the rumours,” the Hoops boss told The Scottish Sun.

“I love him and we have a great relationship, a strong bond with a huge amount of respect and it goes back a long, long way.

“I trust him and he trusts me. It’d take a lot for anything to come between that.”

Despite the belief in some quarters that Brown has lost form, he has remained a key player under Lennon and did prove himself all over again, putting in an impressive shift during the 2-0 win over Rangers in the Old Firm derby.

Both share a solid relationship, and it’s almost impossible to see them ever falling apart.

With Celtic eyeing ten Scottish Premiership titles in a row and looking to defend their domestic treble this season, both manager and skipper can’t afford to let anything come between them, and quickly rubbishing the bust-up claims is a good move on Lennon’s part.