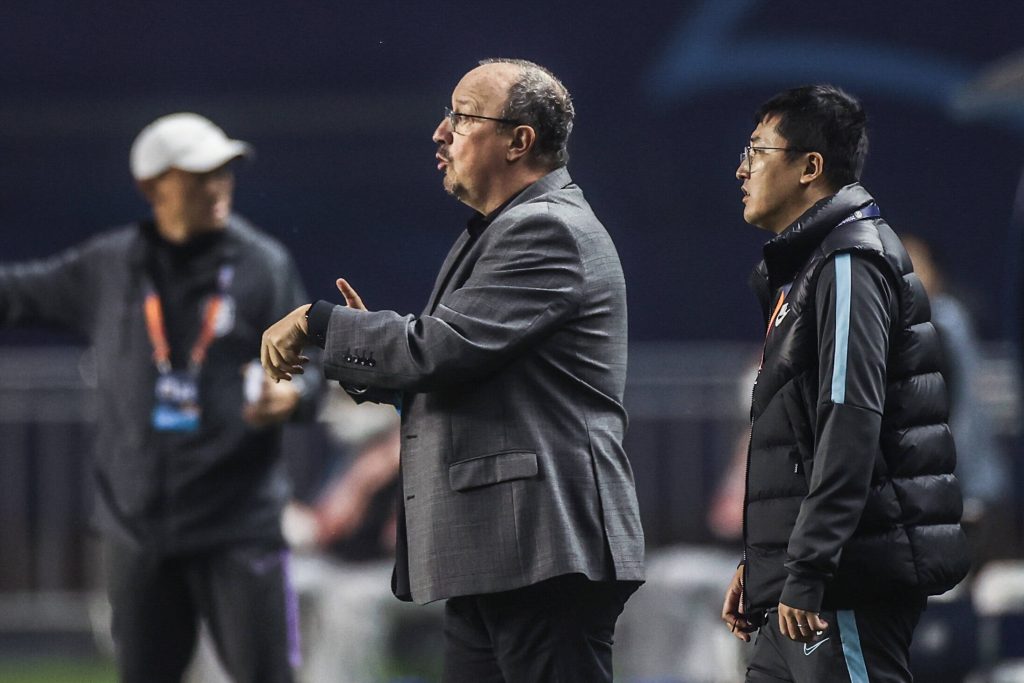 The Spaniard left Chinese Super League side Dalian Pro in January and was reportedly in the frame to take over from Neil Lennon at Celtic.

However, John Kennedy has been in interim charge of the Parkhead outfit since Lennon was sacked, and former Bournemouth boss Eddie Howe is favourite to land the Hoops job permanently.

The Celtic role is unlikely to appeal to Benitez as he recently hinted that he is only interested in jobs in England and Italy.

Spurs technical performance director Steve Hitchen has been leading the search for a successor to Jose Mourinho. He has let it be known he wants a ‘young’ and ‘dynamic’ coach with a commitment to adventurous football.

Benitez, 61, does not exactly fit any of the descriptions, and his style of football is not particularly an attacking one.

Despite winning the Champions League with Liverpool, the Europa League with Chelsea and the La Liga with Valencia, the former Napoli boss is not in demand by big clubs.

He has also been linked with a potential return to Newcastle should the Saudi-led consortium take over from Mike Ashley, but that is taking forever.

Benitez has proven over the years that he knows how to win silverware when put in charge of a quality squad, and the Spaniard has everything it takes to make Tottenham a top-four side again.

Their chances of winning their first silverware since 2008 will also receive a huge boost with such a veteran manager in the dugout, but his style of play will not likely excite the fans and the media.

Spurs want to land a manager capable of attracting big players and convincing Harry Kane to stay, and Benitez does not really fit the bill.